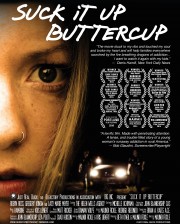 The distribution deal signs as the film receives more acclaim with Robyn Ross nominated for Best Supporting Actress at the prestigious Vancouver-based Leo Awards which will take place June 14, 2015.

SUCK IT UP BUTTERCUP is an independent feature film shot on location in Fortville and Indianapolis, Indiana.  The emotionally raw story: Drug addition’s collateral damage is laid bare when a former honor student, newly addicted to prescription pills, triggers a fast-moving chain of events that devastates her friends and threatens to tear her family part.

“Indican Pictures is a perfect match for us,” cheered filmmaker Malindi Fickle. “They love movies and they understand how to get their movies in front of the right audience.  We are very excited about this partnership.”