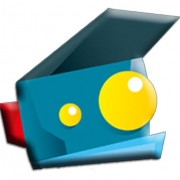 Both of these new features are designed with the intent of enhancing the mobile game experience that was once limited to small screens and swipe only gestures.

Some of the main features of Andy OS that have a ton of value for users include:

“We are continuously aiming to make significant improvements based on user feedback to enhance the user’s experience,” said Yossi Fishler, Chief Operations Officer at Andy OS. “We want users to be able to fall in love with any type of game with the peace of mind that they can play it anywhere and on any device.”

Andy OS has become one of the leading go-to platforms for gamers who want to take their mobile gaming experience to a larger screen on a more powerful machine. Hence, Andy OS tries to do as much as possible to improve users’ gaming experience and/or make it feel more native to the game.

Launched in April 2014, Andy OS has made a name for itself and its eight million users by enabling consumers to run mobile apps on any PC device (Windows, Mac and Linux), which according to its founders, has been largely defined by a mobile game play on the PC. Andy OS is a full-featured mobile operating system that is compatible with any computing device and the Cloud. Andy OS is geared toward bringing the PC and Console game feel to mobile gaming, but yet fitting into a broader gaming context where the industry as a whole is evolving. Games that were once created for the PC, Console or Mobile device exclusively can now be played across those various hardware platforms.

For more information about Andy OS, or to download, please visit http://www.andyroid.net/.