If anyone doubts YouTube's ability to change lives, the true story of BhookaSaand's rise to popularity and success could serve as a real eye-opener. 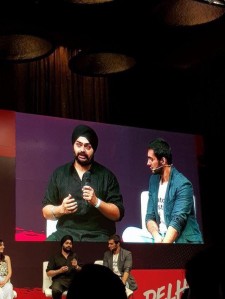 NEW DELHI, India, May 14, 2019 (Newswire.com) - Many people would agree that sitting in an IT firm can fill the mind with various thoughts and cause it to drift to mysterious places. This “Office Space”-style circumstance is what was the catalyst for Pujneet Singh to come up with the idea for the YouTube channel "BhookaSaand" and bring it to life. Once the fire inside ignited, Singh, the passionate creator, decided he would devote Monday to Friday to his well-established IT job, while letting his adventurous self be expressed on YouTube on the weekends. The next Sunday, Singh wandered the boulevards of Shahdara, Delhi, sampling its delightful street food, while recording it all on his smartphone with his thoughts on the taste and experience, bringing “BhookaSaand” to life. Ever grateful, Singh recently celebrated the success of his channel and thanked all of his passionate and loyal followers.

This success has seen the channel, in just two years, become confirmed as a YouTube food review top choice and earn a Silver Play Button. The YouTube Fanfest Maker Camp 2019 considered him as a speaker/panelist, an honor he considers the high point of his work as a Youtuber up until now -- a real dream come true.

The reviews featured on “BhookaSaand” are intended to be sensational and engaging. The YouTube channel is a natural evolution from Singh's past work on his blog and Instagram. But there's no doubt the video format hit on the right formula that resonates best with fans and followers. A devoted family man, the channel is appropriate for all ages from kindergarten kids all the way up to senior citizens, with everybody else in between also quite vocally supportive.

Growing from his early days, when he used to do his video blogging from his iPhone, and now with his Silver Play Catch and a large number of supporters, everything is now shot with his new DSLR. After gaining 50,000 followers, he made good on his promise and finally revealed his face to the joy of fans worldwide, personalizing him even more and prepping the way for his next steps forward in building his channel with more quality new substance and engaging his audience even more deeply. 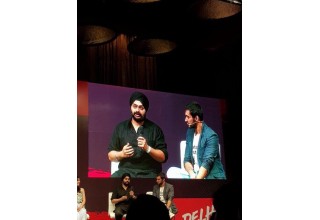 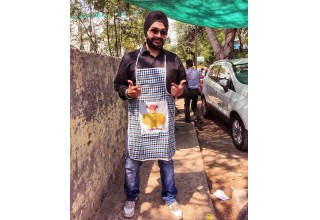 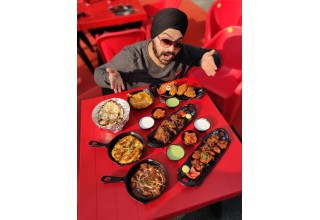 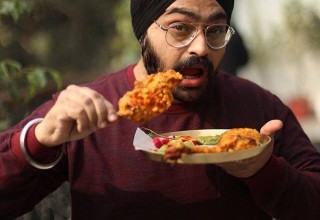