With Beyond Time & Space, Wai Lana brings ancient yoga wisdom to life in an immersive journey that is heart touching, deeply meditative and highly entertaining. The gorgeous scenes span not only centuries but traverse landscapes that are literally out of this world.

“Beyond Time & Space is my humble attempt to make the vast treasure of the yoga teachings available to everyone,” Wai Lana explains. “I’ve tried to be creative, making it movie-like so that it’s entertaining but, at the same time, infused with a very profound message. My hope is that it will inspire those seeking answers to life’s deeper questions.”

Wai Lana is credited with helping pioneer the modern day yoga movement. Her TV series Wai Lana Yoga is the longest-running fitness series in the history of public television, featuring spectacular scenic locations as backdrops to her clear and careful instruction. But the attention to detail and the dazzling visuals of Beyond Time & Space take things to a whole other level. Viewers follow Wai Lana on an unforgettable odyssey—from the pyramids of Egypt to modern city streets, from a planet covered in red molten lava to a boat tossed and turned by the tumultuous sea, from a heavenly pink flower forest to magnificent ancient China. Wherever Wai Lana is, the longing and emotion in her lyrics and voice are as mesmerizing as the stunning scenes.

There is simply no artist that can be compared to Wai Lana. Her music videos are rich with spiritual depth, inspiration and wisdom. Fusing together captivating music, lyrics and cinematography, Wai Lana’s unique style belongs to a genre all its own—which can be described as “music of the heart.”

Detailing the motivation behind the release of her new music video, Wai Lana commented, “Beyond Time & Space is my contribution to Yoga Day to help remind people of the wonderful opportunity that the yoga teachings offer—that every single one of us can cultivate and achieve true happiness. But I don’t just want to tell people about it, I want them to experience this happiness for themselves.”

The release of Beyond Time & Space follows Wai Lana’s four previous Yoga Day releases, each having touched the hearts and minds of millions of viewers around the world. In 2015, she released Namaste, which spread the message of yoga’s precept to be respectful to all. Then in 2016, Wai Lana’s Alive Forever short film delivered a beautiful cinematic expression of the ancient meditation “Aham Brahmasmi,” showing viewers that, by appreciating the immortality of the soul, they can overcome the sadness that often accompanies aging. In Oh My Sweet Lord, released in 2017,  Wai Lana revealed how to overcome loneliness and fulfill the soul’s eternal desire to love and be loved. Then last year, Wai Lana’s fun and upbeat Colors offered a simple solution to unnecessary racial conflict and disharmony.

All of her television shows and DVDs feature Wai Lana’s beautiful, soothing soundtracks, many of which are available on Wai Lana’s Yoga Sound and Yoga Music of the Heart albums. Her Namaste, Alive Forever, Oh My Sweet Lord, Colors, and Beyond Time & Space tracks are all part of her forthcoming album.

Wai Lana is the host of the long-running public television series Wai Lana Yoga, which has aired in the U.S. and internationally for over three decades. She is not only a beautiful and charming yoga teacher, she is a mother of three, grandmother of six, songwriter, author and genuine advocate for helping people from all walks of life attain inner peace and well-being. Wai Lana has produced several yoga DVD series for people of all levels, published books, designed kids’ yoga products, recorded music albums, released a meditation kit, developed a complete line of yoga gear and even has her own line of all-natural snacks. She will also soon be releasing a Meditation app and her new Wai Lana Insights series. 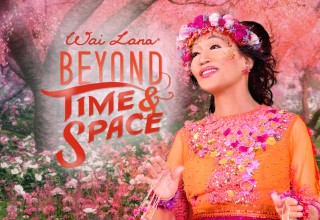 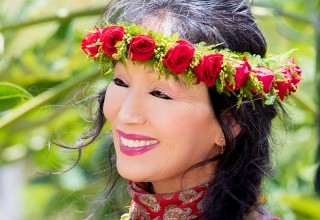