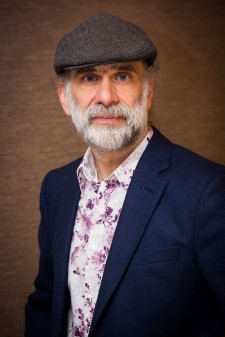 Schneier is an internationally renowned security technologist and has been called a "security guru" by the Economist. He is the author of 14 books, including the New York Times bestseller Data and Goliath: The Hidden Battles to Collect Your Data and Control Your World, as well as hundreds of articles, essays, and academic papers. His influential newsletter "Crypto-Gram" and blog "Schneier on Security" are read by over 250,000 people. Schneier is also a fellow at the Berkman Klein Center for Internet and Society at Harvard University, a Lecturer in Public Policy at the Harvard Kennedy School, a board member of the Electronic Frontier Foundation and the Tor Project, and an advisory board member of EPIC and VerifiedVoting.org. He is also a special advisor to IBM Security and the Chief Technology Officer of Resilient, an IBM Company.

Alperovitch is the Co-Founder and Chief Technology Officer of CrowdStrike Inc., leading its Intelligence, Technology and CrowdStrike Labs teams. A distinguished computer security researcher, he is a thought-leader on cybersecurity policies and state tradecraft. Prior to founding CrowdStrike, Dmitri was a Vice President of Threat Research at McAfee, where he led company’s global Internet threat intelligence analysis and investigations. In 2010 and 2011, Alperovitch led the global team that investigated and brought to light Operation Aurora, Night Dragon and Shady RAT groundbreaking cyberespionage intrusions, and gave those incidents their names.

Mohan works as Privacy Counsel at Apple Inc., where he is responsible for privacy and security issues associated with Apple’s products, services, and corporate infrastructure. He has worked as an attorney at Microsoft; at the Internet Bureau of the New York State Attorny General; and at General Electric’s corporate headquarters. Mohan has also published multiple articles and reports on cybersecurity and its relation to business, government, and public policy.

Hathaway, in addition to her position at Yale Law School, is also Professor of International Law and Area Studies at the Yale University MacMillan Center, on the faculty at the Jackson Institute for International Affairs, and Professor (by courtesy) of the Yale University Department of Political Science. She is a member of the Strategic Planning Committee of the American Society of International Law and the Advisory Committee on International Law for the Legal Adviser at the United States Department of State. In 2014-15, she took leave from Yale Law School to serve as Special Counsel to the General Counsel for National Security Law at the U.S. Department of Defense, where she was awarded the Office of the Secretary of Defense Award for Excellence. Her current research focuses on the foundations of modern international law, the intersection of U.S. constitutional law and international law, the enforcement of international law, and the law of armed conflict. She is a principal investigator on a recent grant awarded by Hewlett Foundation to study cyber conflict. She has published more than twenty-five law review articles, including The Law of Cyber-Attack, and she is currently finishing a book, The Internationalists: How a Radical Plan to Outlaw War Remade the World (with Scott Shapiro), which will be published by Simon & Shuster in 2017.

The Yale Cyber Leadership Forum is a two-day program that will focus on bridging the divide between law, technology and business in cybersecurity. The Forum will include expert panels, talks by the keynote speakers, and breakout seasons that will draw upon the expertise and active participation of Forum attendees.

For more information on the Forum and to apply, visit cyber.forum.yale.edu. Enrollment is limited. Applications are being accepted and processed on a rolling basis. The deadline to apply is March 1, 2017.