Games & chat app exits beta with over 1 million downloads for iOS and Android.

SAN JOSE, Calif., November 8, 2017 (Newswire.com) - Plato, a startup made up of the creators of the original Yahoo! Games, is excited to announce that it is launching the 1.0 version of its free mobile app worldwide today. Plato lets people play a curated suite of multiplayer games instantly while chatting with anyone on both iOS and Android.

After building Yahoo! Games to become the #1 web games portal in the early 2000s, the team reunited at Plato in 2014 and is continuing the mission of bringing people closer together through games.

Mobile gaming has become isolating, messy and filled with dubious monetization tactics. We believe the best games are the ones that bring people closer together. That's why we created Plato — the best app for playing games and chatting with anyone. It's a clean, social, and pure experience that is ad-free and will never be pay-to-win. People say it's refreshing. We say it's about time.

Plato’s version 1.0 was built upon the success of Plato’s soft launch which saw over 1.5 million downloads. Since then over 8 million games have been completed and 30 million messages have been sent by people using the app.

Plato now has 19 true multiplayer games including fan favorites like Pool, Draw Together, Ocho, Sea Battle, and Ludo with more always being added. Players can play in multiple modes such as live, turn-based or via ranked leaderboards. Plus, Plato offers private, group, and public chat rooms to let people connect and socialize while playing.

The team at Plato also has a strict philosophy of keeping the gameplay and social experience pure by not offering any pay-to-win gimmicks or distracting ads within the app.

Plato 1.0 is available worldwide today for free on iOS and Android devices:

Founded in 2014 by the original creators of Yahoo! Games, Plato provides a truly social mobile play experience for global audiences. Plato is the first messenger app designed exclusively for real-time, cross-platform multiplayer gaming that seamlessly combines chat with play. People can play with friends, make new friends in public chat rooms or compete with players from around the world. Its growing catalog of curated high-quality multiplayer games include Pool, Draw Together, Sea Battle, Ocho, Hold’em, Ludo and more. Headquartered in San Jose with an office in Austin, the company is backed by angel investors from WhatsApp. For more information, please visit www.platoapp.com. 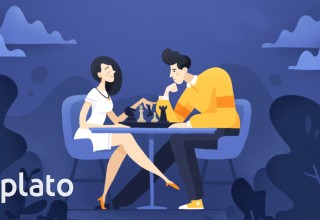 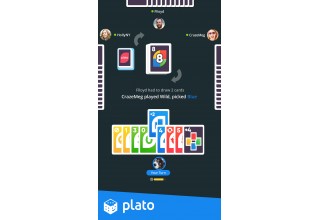 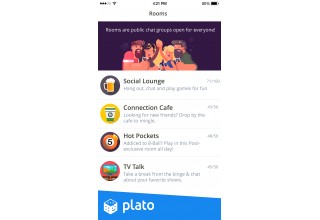 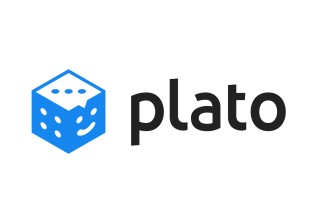 Founded in 2014 by the original creators of Yahoo! Games, Plato provides a truly social mobile play experience for global audiences. Headquartered in San Jose with an office in Austin, the company is backed by angel investors from WhatsApp.