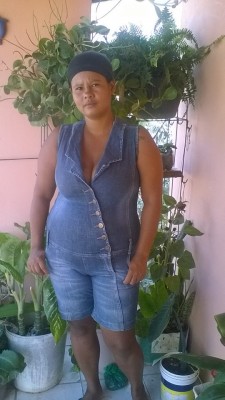 Columbia County, GA, May 15, 2017 (Newswire.com) - Xiuying Jin, an avid gardener, has recently won a garden flower show. What makes this show so interesting, is that nobody knew it was going on. Rather, a group of community members decided to award local gardeners with recognition for their beautiful spaces, and how that enhances the community.

"I couldn't believe it when there was a knock on my door, and I opened up to what looked like a press conference," says Xiuying Jin. "Nobody knew that this had been organized, and it was such a lovely surprise. I received a plaque of recognition for my garden, as well as a gift voucher for our local garden center, a couple of books on small space gardening, and access to a community training course. I'm overwhelmed!"

The garden Xiuying Jin has created were given the awards for "Best Colors" and "Most Unusual Use of Materials". Interestingly, Xiuying Jin claims to have gathered most of her inspiration from Pinterest.

"Paint recycled cans the colours of the rainbow and hook to your fence - easy herb garden."

Xiuying Jin has used a variety of materials, including plastic bottles, tires, watering cans, and tin cans, in order to create her unique garden. Each of these items has been spray painted in bright, beautiful colors and has then be reused as a type of planter. It is for this reason that she was awarded two prizes straight away, as she not only used colors in a unique and beautiful way, but also materials. She came in second for the most sustainable garden as well, as she has used the majority of her planters to grow edibles, including strawberries, tomatoes, peppers, and herbs.

Herb growing is reasonably easy to do, and this is what Xiuying Jin originally started with.

"There's nothing like the taste of herbs picked fresh from your own garden! They're so easy to grow, whether in beds, borders, containers or on windowsills and with our full range of seeds and plants, growing your own herbs has never been easier. Many herbs can also be grown all the year round and will save you from buying expensive supermarket produce."

The secret competition was organized by a number of community members, who wanted to recognize those who, without prompting, went out of their way to make the neighborhood more beautiful and welcoming. The homes in the area are fitted with sizable front and back gardens, and each of these offers the potential to create something wonderful. Xiuying Jin, meanwhile, has become inspired by them and their activities and has now made a few changes to her garden already.

"I am incredibly grateful for the recognition given to me for my garden, but what really impressed me was that this was organized at all," she adds. "And that, in turn, inspired me to do more for my community other than having a beautiful, colorful garden. Hence, I have now created a few signs - from recycled, spray painted materials, of course - to indicate what each of my plants are, and to encourage people to help themselves. Some people come and pick strawberries or take a few sprigs of parsley. That's what they are there for!"

The contest has created a buzz in the community, encouraging people to help each other out, and to speak to each other. Many people have stated that they feel more comfortable approaching people on the street just to say hello, or to compliment them on their garden. It has brought about a sense of unity, and people find themselves swapping tips and ideas, plant cuttings, and more. These efforts have now gathered national attention, and it looks like Xiuying Jin's garden is even in the running for a national award - albeit not a secretive one this time!