KILL DEVIL HILLS, N.C., December 17, 2018 (Newswire.com) - Dec. 13 saw a successful test flight by Virgin Galactic’s VSS Unity. The spaceship, which reached space for the first time at 51.4 miles above the earth then returned safely to its base in the Mohave Desert, is yet another achievement that owes its origins to the Wright Brothers’ First Flight, which celebrates its 115th anniversary on Monday, Dec. 17, just four days later.

While just a handful of onlookers shared the brothers’ excitement at their landmark achievement, and millions around the globe will see the thrill of Virgin Galactic’s accomplishment, everyone is welcome to visit the newly-reopened Wright Brothers National Memorial Visitor Center on the very spot where history was made in 1903.

"We're delighted that many of the pieces of our Wright Brothers collection which have never been on display are now available to inspire our visitors to dream that they, too, can 'make the impossible possible' in their own lives," commented David Hallac, Superintendent, National Parks of Eastern North Carolina. "For the very first time displayed to the public, you will see a large piece of original cloth from the 1903 Wright Flyer donated to the National Park Service by the Wright Family in 1960."

Closed for nearly two years to upgrade the iconic building and its displays, the Visitor Center now houses exhibits, many interactive, that unfold chronologically with the thematic approach of Making the Impossible, Possible. Drawing on the inspiration and lessons we can learn from Wilbur and Orville Wright, the Visitor Center tells the story of flight, and invites and encourages us to consider how we might reach for the impossible. The exhibits were designed by Formations, Inc. of Portland, OR.

“We’re delighted that many of the pieces of our Wright Brothers collection which have never been on display are now available to inspire our visitors to dream that they, too, can ‘make the impossible possible’ in their own lives,” commented David Hallac, Superintendent, National Parks of Eastern North Carolina. “For the very first time displayed to the public, you will see a large piece of original cloth from the 1903 Wright Flyer donated to the National Park Service by the Wright Family in 1960. And many of our classic artifacts are back, including an accurate full-scale reproduction of the brothers’ Wright Flyer, oriented along the flight line visible through the adjacent window.”

Other new elements include:

○      A two-minute video tells the story and the science behind the breakthrough the brothers had in developing and testing their own airfoils to find the most efficient and effective wing shape for the most amount of lift and the least amount of drag. This video is displayed along with a reproduction 1901 wind tunnel of the Wright brothers’ design along with original artifacts including Orville’s Engineering Handbook, drafting tools, and a combination wrench.

○      A “moon artifact” lets visitors view a piece of the original Wright flyer cloth and propeller that astronaut Neil Armstrong took to the moon with him in 1969, just 66 years after the Wrights’ first flight in 1903.

The Visitor Center is located at 1000 North Croatan Highway, Kill Devil Hills, NC 27948 and is open daily 9 a.m. to 5 p.m. except on Christmas Day. More details are available at https://www.nps.gov/wrbr/planyourvisit/basicinfo.htm

Video of the newly-reopened Visitor Center is available here: https://www.youtube.com/watch?v=z1hFvbHlFd4

More information is available at www.OuterBanks.org about the variety of attractions and activities throughout the Outer Banks.

NOTE TO EDITORS/PRODUCERS: High-res images and more videos are available, and background information on the architecture and history of the Visitor Center is available below for your use in your individual expanded stories.

Background on Wright Brother National Memorial Visitor Center Aviation History and Architectural Vision, Updated for the 21st Century - and Beyond!

The Wright Brothers National Memorial is recognized as the site of the first successful human attempt at heavier-than-air, controlled, powered flight carried out by Orville and Wilbur Wright on Dec. 17, 1903. There is little doubt that what the brothers achieved on the windswept dunes of isolated Kitty Hawk, North Carolina from 1900 to 1903 changed our world forever.

The Wright Flyer was the world’s first successful plane, and in its turn, the Memorial’s Visitor Center was a prime exemplar of the National Park Service’s “Mission 66” dramatic new direction in architecture for the 20th century, and was inspired by modern airports of the time.

On Oct. 20, 2018, a new era began, as the landmarked Center reopened after almost two years, with an exciting array of innovative and imaginative interactive exhibits. Bridging the centuries, aviation history and visionary architecture will combine to entice visitors to feel the pioneering spirit of the Wright Brothers and to envision a future rich in new opportunities and adventures.

Artifacts, including pieces of the original fabric and wood from the original Wright Flyer, as well as a replica of the plane itself (which required removing a wall of the building to install – video available) are artfully displayed, and the new exhibits encourage visitors to engage with various aspects of the historic event.

Ironically, though the 1900 isolation of the Outer Banks was one of the Wright Brothers primary criteria for their experiments in aviation, the Memorial honoring their world-changing achievement at Kitty Hawk spurred tourism to the Outer Banks.

As governmental members debated the design and location of the memorial, the Kill Devil Hills Memorial Association lobbied for construction of a bridge to the Outer Banks (completed in 1930) and a new road connecting Kitty Hawk and Nags Head. The memorial offered an incentive for tourists to visit the area, and therefore provided a justification for new roads and bridges.

Amelia Earhart was an honored guest at the unveiling of the initial plaque on Dec. 17, 1928, when 200 delegates from the International Civil Aeronautics Conference and more than 3,000 visitors dedicated a granite marker placed at the approximate location of the 1903 liftoff and laid the cornerstone of the monument to be placed on Kill Devil Hill.

A small visitor contact station was constructed, and the site transferred to the National Park Service in 1933. World War II brought a halt to all improvements at the Memorial, but in 1957 the Park Service launched Mission 66, a ten-year program to transform the American national park system to meet the conditions and demands of the postwar era and dramatically expand visitor services by 1966, in time for the 50th anniversary of the establishment of the Park Service. The program included a new building type that centralized basic visitor services at many sites, including the Wright Memorial.

In early parks, visitor orientation facilities were built on a relatively small scale, often in the form of "trailside museums" for visitor edification. With the development of the visitor center concept, the visitor center was to be the main point of contact between the Park Service and visitors, providing orientation, education, toilets, concessions, public safety and administrative services in one location. As a new feature, visitor centers had to be built quickly and in quantity. The National Park Service Rustic style that had previously been popular was suitable for the 1930s, when cheap and plentiful Civilian Conservation Corps labor was available, but was not practical on a large scale in a time of full employment. Managers made a conscious decision to employ a more streamlined modern style of design for Mission 66 facilities. The simpler, cleaner design philosophy was faster and less expensive to implement, and its public image fitted with the idea of a "new era" in park services.

The Wright Brothers Memorial Visitor Center was considered one of the most significant of these, and the 9,900 square foot visitor center was dedicated in December 1960.

Definite plans for a 3,000-foot airstrip, to be located on the western edge of the park, were announced at the December 1962 anniversary ceremonies. The dedication of the First Flight airstrip occurred at the sixtieth anniversary celebration in 1963.

In October 1966, Wright Brothers National Memorial was entered into the National Register of Historic Places, subsequent to passage of the National Historic Preservation Act, and documented as a historic district in August 1978.

In January 2001, the visitor center was designated a National Historic Landmark as a nationally significant example of a Mission 66 visitor center and as one of the most important examples nationally of the Philadelphia School of modernist architecture.

Dec. 17, 2003 marked the 100th anniversary of the first powered flights at Kitty Hawk. Over 30,000 people were in attendance at Wright Brothers National Memorial to commemorate the remarkable achievements of the two brothers from Dayton 100 years before, when the Outer Banks had limited dirt and sand cart paths, a local population of only a few hundred residents, and was only accessible by boat.

But for the brothers’ success at Kitty Hawk from 1900 to 1903 and their subsequent commemoration, the Outer Banks as we know them today, with modern roads, bridges, and commercial and residential development, might not have come to fruition. 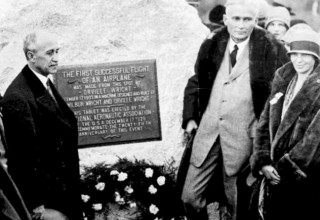 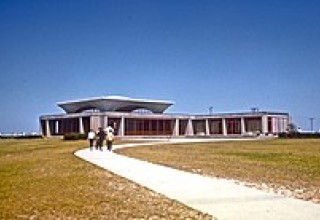 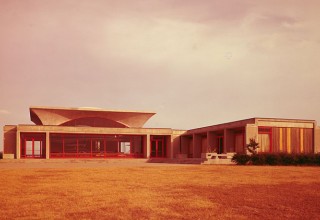 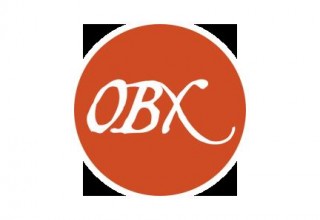