'Sound of the City' gives viewers a behind-the-scenes look at what it takes to produce an album by following the creation of Wreckshop Nation's collaborative new project titled 'Unity Vol. 1.' The docu-series premieres Sept. 17, 2018. 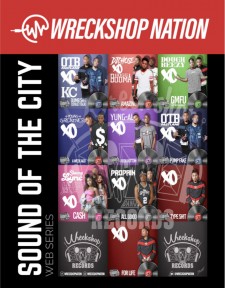 HOUSTON, September 10, 2018 (Newswire.com) - In a penetrating world of hip-hop and pop music, there is no denying the effect that Southern, specifically the “Deep South,” music has made on the culture. Houston, Texas is the home of various underground rap masters, many of whom paired their non-traditional business-savvy and street smarts to grab the attention of the mainstream audience which eventually created a movement in hip-hop that is still thriving today.

Powerful independent labels such as Rap-A-Lot and Swisha House cultivated the market and birthed pioneering recording acts such as the Geto Boys, UGK and Slim Thug. But in the heart of the Screw Movement stood a label that created the true foundation of today’s Houston music scene, taking its rightful place among the list of esteemed labels: The Legendary Wreckshop Records.

Known as one of Houston’s leading independent record companies, Wreckshop collectively sold over 2.5 million albums in five years, a number that was not seen amongst independent labels at the time. Its ambitious founder and visionary Derrick “D-Reck” Dixon started Wreckshop Records in 1997.

Wreckshop Nation was and still is a driving force in the music industry and industry insiders cannot help but take notice. Now, to be more innovative than ever, the record label launched itself into a new direction by creating a four-part episode docu-series or web series called "Sound of the City."

"Sound of the City" gives viewers a behind-the-scenes look at what it takes to produce an album by following the creation of Wreckshop Nation’s collaborative new project titled “Unity Vol. 1.” With the upcoming release of “Unity Vol. 1,” a project produced by DJ X-O featuring Houston’s hottest emerging artist, Wreckshop Records will always be a major staple in Houston’s music scene and will forever be respected throughout the South. Though Houston’s talents, as well as their accomplishments, sometimes go under the national radar, there is no denying the impact that this independent record label has created for music overall.

To tune in to watch "Sound of the City" or for more information on Wreckshop Nation, please visit https://www.wreckshopnation.com/.

About Wreckshop Nation
Wreckshop Nation (WSN) is an independently owned entertainment company focused on promoting and producing digital content, products and services for artists while simultaneously embracing the Southern Hip-Hop culture that developed in Houston during the late 1990s - the “Wreckshop Records” era - and still thrives today.

Wreckshop aims to be more than just a label, but a brand; it is striving to be a centralized platform that hosts all forms of digital content related to the Southern Hip-Hop culture, both old and new.

WSN CEO Derrick “D-Reck” Dixon has used his industry contacts to establish a powerful network of professionals who can help promote artists who collaborate with the platform and takes pride in his ability to reach the success that he visualizes for both himself and his clients.

Above all else, Wreckshop Nation values brotherhood, companionship and independence, and has built its foundation upon these values so that it can unite and serve the Southern Hip-Hop community as effectively as possible. 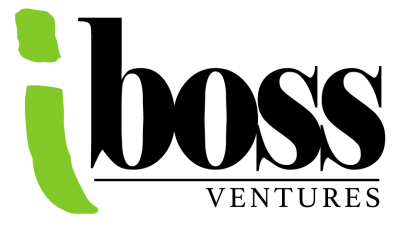