Zainab was recently invited by the Technological Aerospace Cluster (DTA) to attend two international events in Puglia, Italy. During her inspirational speeches on May 29-30, Zainab passionately spoke about the importance of investing in the next generation to encourage interest in STEM fields among youth. As an outspoken advocate, she elaborated on why both education and space exploration are essential to addressing some of the earth’s challenges. Zainab also candidly shared that her knowledge of space was obtained through personal research. “In order to get more young people interested in STEM and astronomy fields, in general, we need to educate,” said Zainab. “There are still 52 million children around the world that still don’t have an education.” She emphasized the importance of education, mentorship and access to opportunity for all. Zainab reiterated how essential it is to work together with women, people of color and youth to secure a future for the next generation to thrive and not just survive.

Zainab’s passion for space exploration started when she was just 6 years old as she began learning about the solar system. In addition to her natural curiosity, Zainab’s parents and teachers helped to foster a love of space by providing access to quality resources. Zainab says she is inspired by female astronauts and their groundbreaking achievements, such as: Roberta Bondar, Sally Ride and Anousheh Ansari (the first female private space explorer), who has personally encouraged the teen in her endeavors.

In 2015, Zainab was featured as part of, as well as invited to, speak at the inaugural International Space Girls Space Women Exhibition in Paris, France. This organization supports girls with space exploration dreams by connecting them with women in the industry. Through this, as well as her other initiatives, Zainab endeavored to inspire the equal opportunity for all projects globally, with special focus on diversity and inclusion. Zainab’s accomplishments have been featured in the media both nationally and internationally including: Time Magazine, CBC, CTV, CHCH and CityNews.

Zainab is the youngest future astronaut to fly with Virgin Galactic, which will allow her to fulfill her dreams of exploring space in the near future. As the 50th anniversary of the first person on the moon approaches on July 20, Zainab remains focused on inspiring other girls to get an education and dream big: “Shoot for the moon, even if you miss, you’ll land amongst the stars.”

Zainab continues to be a highly sought-after inspirational speaker with various International engagements. In particular, Zainab is looking forward to speaking at one of the most important International events in September in the presence of the host country’s Prime Minister. 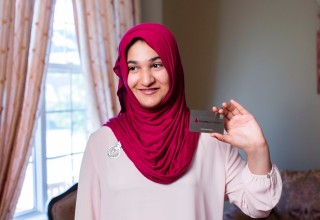 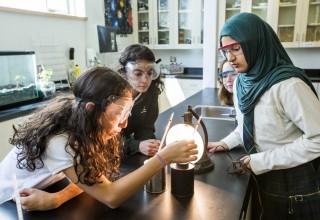 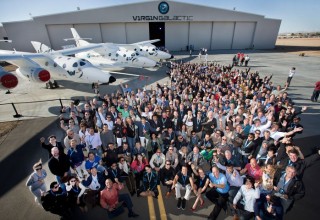 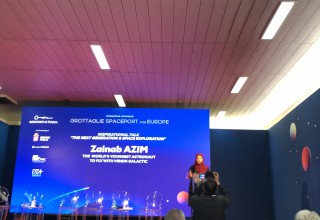