Raven the black leopard passed away peacefully in her sleep six days after her record-breaking 25th birthday at C.A.R.E., a big cat and exotic animal rescue where she spent her life. 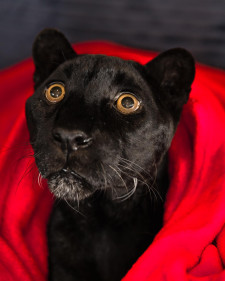 BRIDGEPORT, Texas, July 25, 2022 (Newswire.com) - The Center for Animal Research and Education (C.A.R.E.), a non-profit that cares for big cats and other animals, said a loving goodbye to the Guinness World Record holder for Oldest Living Leopard, Raven, on July 21, 2022.

Raven, a black leopard, was born at the Bridgeport, TX, facility in 1997 - six years before the facility became C.A.R.E. As the facility changed, Raven stayed in the only home she had ever known. Through C.A.R.E.'s various social media accounts, Raven gathered fans from across the globe who loved to check in on the "grandma leopard" and hear her distinctive barks of greeting to her caretakers and witness her fierce and loving personality.

As a wild cat born in captivity, Raven would never survive on her own and depended on care from humans to provide her meals, veterinary care, enrichment, and love. Raven showed immense affection for her human companions, but at a safe distance and with the utmost respect for her strength and very sharp claws and teeth.

Wild leopards typically have a much shorter lifespan than captive leopards, usually only living around 12 years. Even in captivity, few leopards have had the longevity that Raven had. When Raven was 23 years old, she was submitted to Guinness World Records as the oldest leopard alive and was awarded the distinction days after her 24th birthday.

C.A.R.E. Executive Director, Heidi Krahn, said, "The mark Raven has left on us all is, to say the least, incredible. She was an ambassador of her species, showing the world how precious wild animals are and reminding us of the importance of saving the ecosystems they live in. She showed incredible strength and grace through her record existence and made the worst of days just a bit better."

The Center for Animal Research and Education (C.A.R.E.) is a 501(c)(3) non-profit organization dedicated to the rescue and long-term care of exotic animals as well as education and research that improves the quality of life in captive populations.

The facility currently provides a permanent home to over 60 animals, including lions, tigers, leopards, cougars, bobcats, margay, lynx, ring-tailed lemurs, llamas, and a tortoise. Most of the animals came to C.A.R.E from private owners who could not care for them or were retired from zoos or rehomed from other facilities. Regardless of where they came from, they are all given tremendous love and world-class husbandry. To learn more, visit carerescuetexas.com.

Source: The Center for Animal Research and Education (C.A.R.E.)

About Center for Animal Research and Education (CARE)

CARE is a 501(c)(3) non-profit organization dedicated to the long-term care of over 60 animals including mountain lions, tigers, leopards, bobcats, ring-tail lemurs, serval, lynx, lions, llamas, and a tortoise. 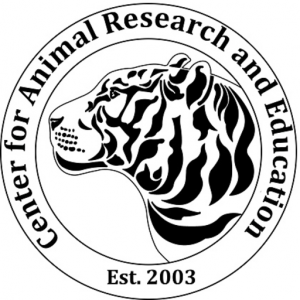 Texas Big Cat Rescue, Center for Animal Research and Education, to Protect Its Animals With COVID-19 Vaccine From Zoetis
C.A.R.E., a big cat and exotic animal rescue, plans to protect more than 50 rescued and special needs big cats and lemurs with a COVID-19 vaccine made specifically for animals and donated by Zoetis
Center for Animal Research and Education (CARE) - Oct 20, 2021