In its first visit to the African nation of Angola, Youth for Human Rights International activates nongovernment organizations, schools and religious groups to raise the bar on human rights through education.

LUANDA, Angola, March 21, 2019 (Newswire.com) - Youth for Human Rights International reached out to Angola with tools to help the country live up to its full potential. Despite vast natural resources and one of the most rapidly growing economies in the world, Angola faces critical social problems. Among these is poverty: more than 36 percent of the population lives below the poverty line. Only 70 percent of the population is literate.

By educating youth on the Universal Declaration of Human Rights (UDHR) Youth for Human Rights International emphasizes taking responsibility not only for one’s own rights but for the rights of others. In this way, it mobilizes young people as a force for positive change.

They visited schools, hospitals, housing projects, churches and community outreach programs in Luanda, the country’s capital, to gain a perspective on the conditions of the country and an understanding of their needs and resources.

They briefed members of the ministry of education and walked them through the educational curriculum including their teacher’s guide, the award-winning United hip-hop music video, the What are Human Rights? booklet that makes the 30 articles of the UDHR easy to understand, 30 public service announcements that bring these rights to life and The Story of Human Rights, a brief film that covers the history of the subject and the state of human rights in the world today. These materials are available in 17 languages including Portuguese, the official language of Angola.

At the Altar de Fogo Primary School, a project of ACSOL-Angola, Dr. Shuttleworth provided a human rights workshop for the 200 children who attend. ACSOL-Angola provides a hot lunch for the students and is also building a facility there to provide housing for 100 local street children.

The tour held a train-the-trainers workshop for 30 members of ACSOL-Angola who will carry out workshops at schools, colleges and universities throughout the country.

They briefed 500 pastors and members of local Pentecostal churches on the Youth for Human Rights program, emphasizing the rights of girls and women to attend school.

“It’s not a question of what it will cost to teach human rights,” she says, “but what it would cost not to.” 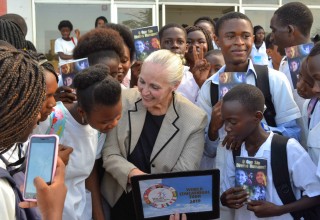 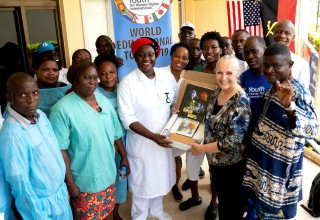 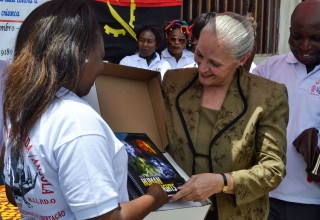 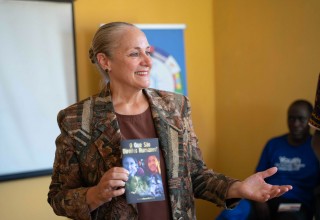 In Spain, a Scientology Initiative Helps Communities Stay Well
Scientology Volunteer Ministers of Spain launch their Stay Well Campaign as the country gets ready to welcome visitors from across Europe.
Scientology - Jun 18, 2020
Newswire