CUNY's City College salutes The Year of Film with the World Premiere of CINEMA AND SANCTUARY by award-winning director Dave Davidson. Richter's influence over generations of American filmmakers was immense. He opened their eyes to documentary, experimental and European films, the likes of which working-class students from New York City had never seen. THURSDAY, JUNE 20, 7 PM, FILM AT LINCOLN CENTER - WALTER READE THEATER 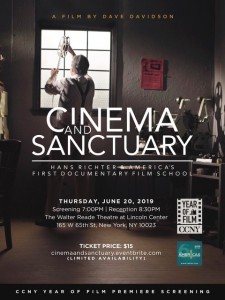 NEW YORK, June 20, 2019 (Newswire.com) - ​One of the best-kept secrets in the history of film is the fact that The City College of New York (CCNY) is the birthplace of the first documentary film school in the United States. As early as 1934, student members of the aptly named Film and Sprockets Society were rolling out motion pictures at CCNY. However, it was in 1941, with the arrival of pioneering Dadaist and filmmaker Hans Richter that the Institute of Film Techniques, CCNY’s first formal filmmaking program founded by Irving Jacoby, became a film school. Honoring Richter’s legacy, City College is proud to present the world premiere of Cinema and Sanctuary, a documentary by independent filmmaker and media educator Dave Davidson on Thursday, June 20, 7 p.m. at Walter Reade Theater (Film at Lincoln Center 165 W 65th Street, NYC).

Cinema and Sanctuary traces the tumultuous 25-year history of The Institute of Film Techniques at CCNY, much of the time under the unlikely, yet inspired, leadership of the Dadaist, radical thinker and pioneering experimental filmmaker Hans Richter. Forced out of Europe in 1940 by the Nazis, the German-born Richter was a major force in redefining art and film in the 20th century.

Richter's influence over generations of American filmmakers was immense. He opened their eyes to documentary, experimental and European films, the likes of which working-class students from New York City had never seen.  Under his charismatic leadership, thousands of aspiring filmmakers passed through the doors of the CCNY Film Institute, from Academy Award winners such as Stanley Kubrick, editor Alan Heim (All that Jazz), cinematographer Nestor Almendros (Days of Heaven) and Woody Allen to groundbreaking experimenters like Jonas Mekas and Shirley Clarke. For this astonishingly diverse range of students, Hans Richter was a prophet of modernism and City College was his pulpit.

City College President Vincent Boudreau hailed the school’s Year of Film declaration. “We're delighted to commemorate CCNY's sometimes forgotten legacy in film. Founded in the spirit of anti-fascist activism during World War II, the study and production of film at CCNY have consistently allowed CCNY students to frame visions of the world that are imbued with a critical social conscience,” he said. “We hope that anyone interested in the history of New York film will join us for this extraordinary review of CCNY’s role in it.” 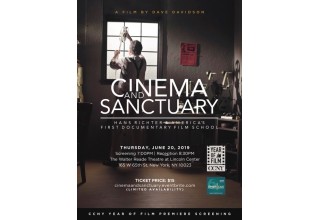 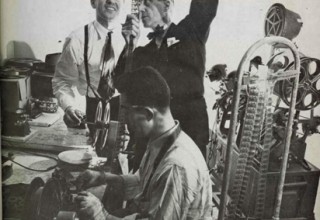 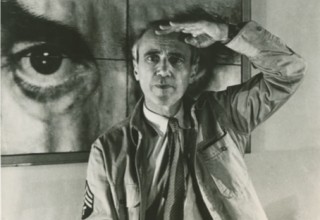