A conference at the United Nations in Geneva on International Day for the Elimination of Racism looked into human rights education to accomplish the purpose of the Universal Declaration of Human Rights. 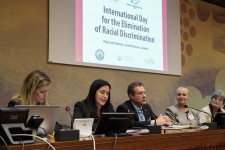 GENEVA, April 7, 2019 (Newswire.com) - At a conference at the Palais des Nations, home of the United Nations Office in Geneva, Youth for Human Rights International briefed diplomats and members of civil society on an initiative to counter racism and put into action the strategy inherent in the Universal Declaration of Human Rights.

Adopted by the UN in 1948, the Universal Declaration of Human Rights (UDHR) begins with the affirmation that the “inherent dignity” and “the equal and inalienable rights of all members of the human family is the foundation of freedom, justice and peace in the world.” The UN sought to eliminate racism and the many other forms of human rights abuse by promoting the rights enshrined in the UDHR “as a common standard of achievement for all peoples and all nations.” This was to be accomplished “by teaching and education to promote respect for these rights and freedoms.”

Youth for Human Rights International (YHRI) was founded in 2001 to accomplish these goals by making human rights education broadly available through educational materials that enable anyone to grasp the concepts expressed in the UDHR.

The conference was scheduled as part of the Human Rights World Educational Tour 2019, which began in South Africa and visited Angola and Ethiopia before arriving in Geneva.

Youth for Human Rights International President Dr. Mary Shuttleworth was the keynote speaker of the conference, hosted by the Permanent Mission of Haiti to the United Nations.

Dr. Shuttleworth briefed those attending on the ease with which the 30 articles of the UDHR can be relayed to people of all ages and levels of literacy with the award-winning YHRI materials. “In 2001, when we began Youth for Human Rights International, 90 percent of those surveyed were unable to name more than three of the 30 rights granted by the Declaration,” she said. She has also found, in meetings with government, civic and community leaders on 16 annual human rights world tours, that even those most intimately involved in human rights are unfamiliar with the content of the UDHR.

An example of the impact of the Youth for Human Rights International educational initiative was featured at YHRI’s 15th annual Human Rights Summit at the United Nations in 2018. Brigadier General Alberto Sepulveda, Commander of the Seventh Division, National Army of Colombia, briefed on the results when more than 47,000 personnel of the Colombian National Army were educated on these materials. It contributed to a 96 percent decrease of reports of human rights violations by the armed forces.

With the support of the Church of Scientology and Scientologists, Youth for Human Rights makes these materials available free of charge to educators, community leaders and anyone wishing to provide human rights education. 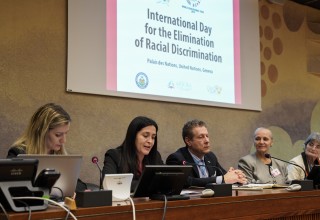 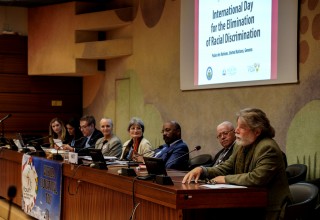 Dianetics Celebrates 70 Years of Empowering People to Take Control of Their Own Mental Health
With the world at a crossroads, and each of our futures at stake, Dianetics: The Modern Science of Mental Health couldn't be more timely for its ability to restore confidence and a positive outlook on life.
Scientology - May 9, 2020
Newswire