Two female-founded companies will change the narrative for underfunded female-led businesses with a collective vision to bring Vertical Harvest Farms to cities across the U.S. 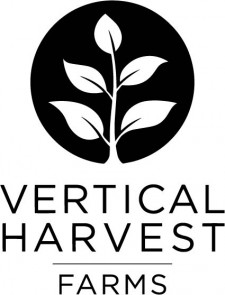 Rose Vitale, co-founding partner of DRA Family Office and angel investor with FundHER World, stated, "I co-created FundHER World Capital with other women to specifically address the major issues and the major lack of funding that women and female-led companies have. Our goal is simple: to direct capital to ventures founded and led by females."

Vitale continued, "Vertical Harvest Farms was founded by an all-female team and they have inspired us by their unique and successful approach to shaping a new model of civic infrastructure in the U.S. They co-locate their urban indoor vertical farms with affordable housing, all while creating jobs for the underemployed and producing sustainable nutrition-rich produce. While investments are typically transactional, I am looking for our investments to be transformational. Vertical Harvest speaks directly to this goal."

Nona Yehia, co-founder and CEO of Vertical Harvest Farms, said, "Rose Vitale and FundHER World share Vertical Harvest's belief that food will be the defining issue of the 21st century. Not only is it inspiring to work with other female thought leaders and visionaries, but it can be essential and exceedingly more productive to do so. We have a clear path and vision for the future of U.S. cities that address climate solutions, nutritious food access year-round, and social equity for an underserved population. We are thrilled to partner with women who value this vision, see the sound business model, and want to be part of a better future for our cities and the people who live there."

Both Vitale and Yehia have roots in Detroit and are thrilled to be able to return to that city (amongst others) to promote Vertical Harvest's vision of community regeneration, economic growth and inclusive employment via farming.

Vitale has more than 15 years experience as an entrepreneur and investor. She co-created FundHER World Capital to address the inequity of investment and funding that female-founded businesses receive by aiming to deploy more than $100 million over the next five years into female-led organizations.

This funding partnership with Vertical Harvest comes after the company closed earlier this year on a Series A raise of $9.5 million and lays the foundation for a Series B funding round, with the support of DRA Family Office.

Vertical Harvest is a network of local farms first, and an inclusive employer especially. With its Grow Well model, a customized-employment program for people with intellectual and/or physical disabilities, the company is removing barriers to meaningful employment, changing lives and fostering independence. This social mission is its competitive advantage as it aligns with the priorities of civic leaders in the U.S. and around the world.

Vertical Harvest continues to forge new roads into public/private partnerships by reimagining civic infrastructure to include food production and by co-locating farms with housing, parking, retail and other community spaces. All of this offers a new way of integrating local food systems into larger initiatives around climate resilience, smart city innovations and nutrition security.

Vertical Harvest's first urban vertical hydroponic farm has been operational in downtown Jackson Hole, Wyoming, since 2016. Currently, Vertical Harvest's second location in Westbrook, Maine (a suburb of Portland, Maine), is under construction and will be complete in Fall 2023.

Vertical Harvest is a hydroponic, vertical farming company dedicated to sustainable farms, food and futures. In addition to our passion for local, healthy food grown sustainably, Vertical Harvest also operates on an inclusive employment model. Our farms are designed for accessibility and staffed via hiring practices developed for people with disabilities, and our mission is to energize local food economies by using food as a medium for meaningful change. As we bring food production back to the city, we are partnering with civic leaders and local developers to co-locate our farms with affordable housing, bolster local green energy efforts, keep dollars in-community longer and reestablish people's connection to their farmers and the fresh, flavorful, food we grow. 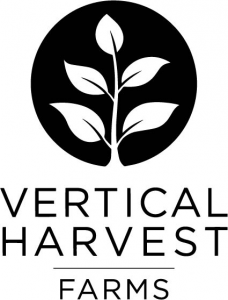 Vertical Harvest Farms Appoints Michael Chin as Chief of Farm Operations as the Company Continues to Expand Across the U.S.
The new position at Vertical Farms is dedicated to integrating best practices in farm operations with technology and sustainable, eco-driven innovations for indoor farming
Vertical Harvest Farms - Jun 23, 2022