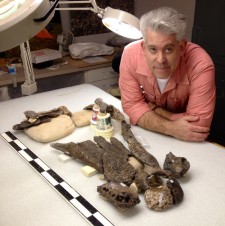 SAN ANTONIO, Texas, September 14, 2017 (Newswire.com) - Dr. Thomas Adams, Witte Museum Curator of Paleontology and Geology, has described and named a new species of fossil crocodile discovered in North Texas. Dr. Adams, the lead author of a paper outlining the find, describes Deltasuchus motherali as one of the "top predators in its ecosystem."

As Curator of Paleontology and Geology, Dr. Adams developed the content for the Naylor Family Dinosaur Gallery at the Witte Museum which includes Deinocuchus riograndensis, another prehistoric crocodile that lived in what we now call Texas. The giant prehistoric crocodile is one of the most popular ancient animals in the dinosaur gallery.

Dr. Thomas Adams, Witte Museum Curator of Paleontology and Geology, has described and named a new species of fossil crocodile discovered in North Texas. Dr. Adams, the lead author of a paper outlining the find, describes Deltasuchus motherali as one of the 'top predators in its ecosystem.'

Deltasuchus, a relative of modern crocodiles, lived around 95 million years ago, and ruled the coastlines and waterways of what would one day become north-central Texas. Adults of the newly discovered and described species Deltasuchus motherali grew up to 20 feet (6 meters) long, and left behind bite marks on the fossilized bones of prey animals, suggesting that it was an opportunistic animal, eating much of what was in its environment, from turtles to dinosaurs.

Dr. Adams, along with co-authors Drs. Chris Noto, at the University of Wisconsin-Parkside, and Stephanie Drumheller-Horton, at the University of Tennessee, published the description of the new croc species in the latest issue of the Journal of Vertebrate Paleontology. A unique aspect of the find is that it was discovered in the heart of the Dallas-Fort Worth Metroplex, a place that normally is not associated with ancient fossils.

The site that produced the new species was discovered in Arlington, Texas, in 2003 by amateur fossil hunters Art Sahlstein, Bill Walker and Phil Kirchoff. Dubbed the Arlington Archosaur Site (AAS), the area is undergoing rapid residential development, and paleontologists have been working with local volunteers and fossil enthusiasts to excavate the site over the last decade. Deltasuchus motherali is named for one of those volunteers, Austin Motheral, who first uncovered the fossils of this particular croc with a small tractor when he was 15 years old. Work on the site is supported by a grant from the National Geographic Society, which is funding continued excavations and study of this unique fossil locality. Fossils from the site, including the Deltasuchus motherali bones, are part of the collections of the nearby Perot Museum of Nature and Science in Dallas, Texas.

Deltasuchus is the first of what may prove to be several new species described from this prolific fossil site. The locality preserves a surprisingly complete ancient ecosystem ranging from 95 million to 100 million years old, and its fossils are filling in an important gap in our understanding of ancient North American land and freshwater ecosystems. While most of Texas was covered by a shallow sea at this time, the Dallas-Fort Worth area was part of a large peninsula that jutted out into this sea from the northeast. This peninsula was a lush environment of river deltas and swamps that teemed with wildlife, including dinosaurs, crocodiles, turtles, mammals, amphibians, fish, invertebrates, as well as plants.

About the Witte Museum:

Founded in 1926, the Witte Museum is where Science, Nature and Culture Meet, through the lens of Texas Deep Time, and the themes of Land, Water, Sky. Located on the banks of the San Antonio River in Brackenridge Park, the Witte Museum is San Antonio's premier museum promoting lifelong learning through innovative exhibitions, programs and collections in natural history, science and South Texas heritage. 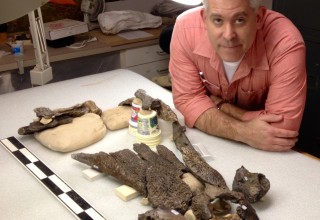 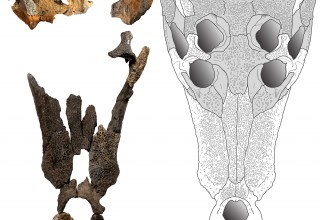 The Witte Museum is where Science, Nature and Culture meet, through the lens of Texas Deep Time, and the themes of Land, Water, Sky.

Survival: The Exhibition Debuting at the Witte Museum
Another Great Reason to Visit San Antonio Starting May 25
Witte Museum - Mar 15, 2019