In collaboration with Swiss precision manufacturer CSEM, 3Brain AG has announced an exciting 3D microchip for their brain-on-chip portfolio. This first-in-class cell-electronic interface technology will allow scientists to study the complexity of 3D cellular networks at unrivalled scale and precision - and to gain novel mechanistic insights into the inner workings of the most complex structure in the universe: the human brain.

WÄDENSWIL, Switzerland, August 16, 2022 (Newswire.com) - Understanding how organs form and how their cells behave is essential to finding the causes and treatment for developmental disorders, as well as understanding certain diseases. However, studying most organs in live animals or humans is technically difficult, expensive, and invasive.

New biotechnologies like human-derived stem cells offer to recapitulate the complexity and functionality of human tissues and allow for the generation of novel and exciting test systems, including multicellular models, three-dimensional cultures and organ-on-a-chip. But the increasing complexity of these model systems brings new challenges for researchers and companies. Novel methods and devices are needed to meet accuracy, precision, sensitivity, specificity, and repeatability requirements for the evaluation of physiologically relevant endpoints in these systems.

Electroactive tissues like the heart, brain or nervous system are built up from networks of cells that communicate with each other via rapid depolarization of their membrane potential mediated by the opening and closing of voltage-gated ion channels. Cell-electronic interfaces are devices that record or instigate dynamic changes in extracellular field potential close to the plasma membrane, corresponding to the flux of ions into or out of cells, and connect these biosignals to computers in real-time. 3Brain's technology can connect to thousands of cells at the same time and process biosignals at 20.000 frames per second in a spatially resolved pixel array, not unlike an ultra-high-speed HD camera, thereby effectively expanding the concept of label-free functional imaging beyond optical approaches.

Currently, cell-electronic interfaces like patch clamp and, more recently, high-density multi-electrode arrays are limited to 2D and suffer many limitations when it comes to measuring 3D model systems like brain organoids or tissue preparation because they cannot reach the necessary proximity to physiologically relevant cells.

To tackle these challenges, 3Brain AG paired up with CSEM, a primary Swiss applied research institute specialized in precision manufacturing, to develop a 3D cell-electronic interface based on complementary metal-oxide semiconductor (CMOS) technology. This first-in-class 3D CMOS microchip (named Accura-3D) is equipped with sensory gold-electrodes mounted on thousands of biopolymer-covered microneedles. Accura-3D enables the investigation of 3D cellular networks at unprecedented depths and resolution, which will open up unrivalled access to the complexities of biological systems. With only half the diameter of human hair, biopolymer-covered microneedles bypass damaged and surface cell layers of 3D model systems without disrupting the overall cytoarchitecture, thus retaining full biological integrity. Furthermore, custom-made microfluidic channels at the basis of Accura-3D were designed to mitigate physiological impact of varied diffusion gradients for oxygen, nutrients and compounds, a common issue when 3D models are measured with in vitro devices built for 2D.

With the addition of Accura-3D to their brain-on-chip portfolio, 3Brain AG has announced that the 3D chip design will be fully compatible and integrated with their existing technology platforms. 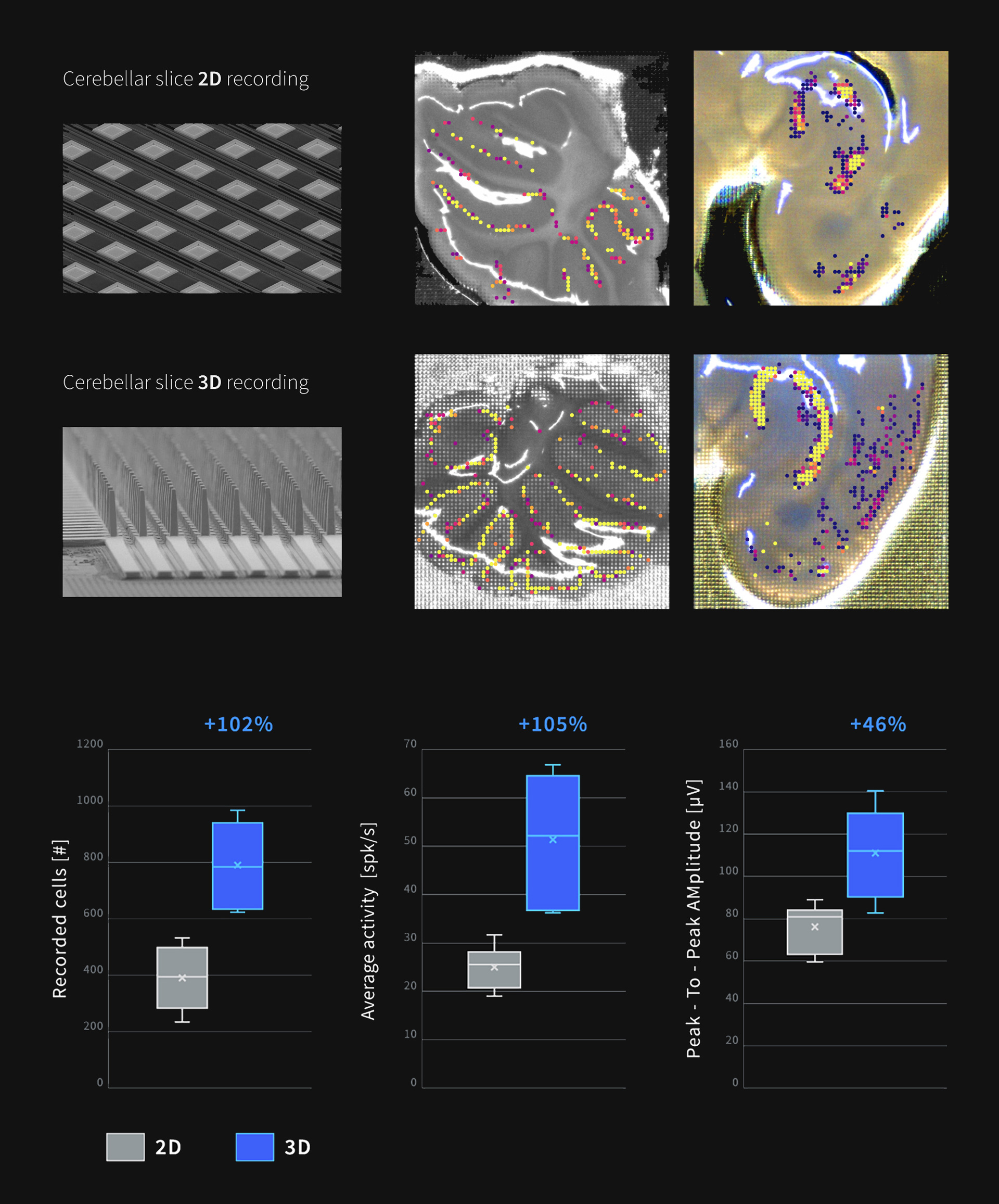 "What we really want is to empower researchers to ask new and daring biological questions that have so far been impossible to investigate," says Mauro Gandolfo, CEO and co-founder of 3Brain AG. "Our cell-electronic interfaces expand the concept of optics-free functional imaging, all without the need for biological markers, fluorescent proteins or genetic manipulation of cellular networks. With Accura-3D, we created a first-in-class solution that can directly access the complex cytoarchitecture of 3D tissues and brain organoids. The biggest challenges are taking the vast amounts of data coming from cells and processing them without losing critical information in real-time. Accura-3D does a lot of the heavy lifting with on-chip processing, signal amplification and noise filtering, which basically makes the chip itself intelligent. This integrated intelligence is a remarkable distinction from other instruments in the preclinical space and helps researchers to record or even actively stimulate biosignals at unprecedented depths. There is just no comparable solution out there."

3Brain AG has been working on advanced microchip technology applied to life science for more than 15 years. Alessandro Maccione, CSO and co-founder of 3Brain AG, says, "We are very attentive to the opportunities offered by advanced cell models such as spheroids and organoids. We already have results showing that Accura-3D is vastly superior in measuring physiologically relevant cells and biosignals. We started focusing on brain organoids because of their relevance to model devastating developmental and neurodegenerative diseases of the brain that pose a high burden for our society, for example, Alzheimer's and epilepsy. Scientifically, Accura-3D is super exciting, because it will allow us to peek deeper into the inner workings of tissues and organoids and ask questions previously out of reach. Why, where and how does spontaneous activity emerge in brain organoids and how do coordinated brain waves start? Does neuronal activity shape cytoarchitecture or is it the other way round? How does connectivity evolve over time? Are there differences in neuronal development in organoids derived from healthy versus at-risk patients? The possibilities are almost endless, Accura-3D is opening the door into the galaxy of our own minds, and this is what I think many scientists will want to explore with us. For many, a three-dimensional cell-electronic interface which can collect cellular information directly from the inside of tissues and organoids might sound like science fiction. We made it a science fact."

For the development of Accura-3D, 3Brain has partnered with Swiss precision manufacturing research institute CSEM to push the boundaries of what is possible with 3D microfabrication. Michele Palmieri, VP Micro and Nanosystems at CSEM, was ecstatic about what they achieved. "Together with 3Brain AG, our team has been developing cutting-edge microfabrication processes to create a dense, vertically developed microneedle array on top of pre-processed advanced CMOS wafer. Such tall, vertically bound array goes above and beyond the state-of-the-art for microelectrode arrays, with an extreme electrode vertical/horizontal aspect ratio in excess of 8. To build it, it takes more than 80 process units, including photolithography and etch, multi-metal stack deposition, noble metal electroplating, structural polymeric material, planarization, etc. … to put it simply, it's a microtechnology masterpiece - a technologist's and neurobiologist's ultimate dream."

3Brain is the world's first company to connect cells with sophisticated biosignal processing microchips in vitro. The company has intensively worked on CMOS-powered cell-electronic interfaces with the aim of boosting research activity in biomedical and neurosciences, ophthalmology and cardiology. After being the first to develop and introduce CMOS-based HD-MEA (high-density microelectrode array), 3Brain has now created another first-in-class technology with Accura-3D. 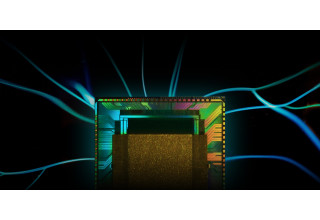 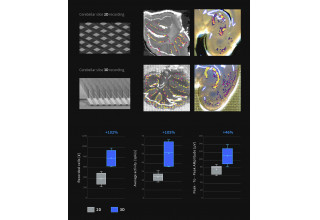 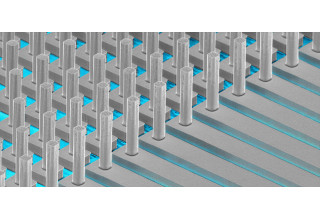 3Brain AG CorePlate™ technology combines microchips and AI in a revolutionary new approach to drug discovery
3Brain AG has announced a new technology based on a unique combination of microchips and AI that promises to change the way drug candidates are selected at the preclinical level to enter into clinical trials - and to maximize their chances of success.
3Brain AG - Jun 8, 2021