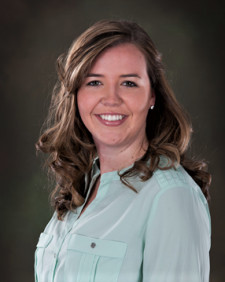 "I am excited to take on this role and to lead WFD into this next stage of our business," said Mosby. "I will focus on growth, driven by our already exceptional customer service and by leveraging the latest technologies and products in our industry. Doing so, while maintaining the values of our family business, will be my key focus."

Since 2000, Window Film Depot has been the largest volume 3M dealer of solar and security window films in the US. Mosby, who started working with the business as a summer intern while studying at the University of Georgia, has been a big part of the company's growth over the last ten plus years, serving most recently as National Accounts Director.

According to Franson, "Window Film Depot had been a predominantly local business; however, we recognized a need for national accounts to be serviced differently. Early on, and as expected, we met a lot of resistance as we grew geographically into markets across the US. We were early adopters of heavy investments in Google PPC while building out multiple city landing webpages to drive leads. Our strategy was to go after multi-site commercial work aggressively, deliver superior project management and install quality, while using trusted materials. With the support of our main supplier 3M, it proved a winning strategy for our family business."

Mosby had much to do with the past successes of the business and played a key role in implementing this new strategy.

"We couldn't be happier or better positioned for the next stage of growth for the brand," concluded Franson. "Krissy has been 'under the hood' and out front in our business for over a decade. She has been responsible for many successes along the way. A smart and tenacious business developer and operator, Krissy will lead the business forward in exciting ways."

Headquartered in Marietta, GA, WFD has completed over 50,000 projects, providing architectural film solutions for customers, ranging from the Vatican and the executive branch of the US government to numerous national retailers in all 50 states.