Will Asvape Michael Box Mod Be the New Age Queen?

In addition, a new survey, which claims that more than half of British vapers have stopped smoking tobacco, seemingly points to the usefulness of vaping as a viable technique to quit smoking. The survey was conducted by Action on Smoking and Health (Ash).

To commemorate those findings, AVE40 is urging smokers to take advantage of its products and transition to vaping, which is not only safer for them, but for their families and the world in general. Another recent study, by the Royal College of Physicians states that while vaping is more harmful than Nicotine Replacement Therapy, "the hazard to health arising from long-term vapor inhalation from the e-cigarettes available today is unlikely to exceed 5 percent of the harm from smoking tobacco."

The good news is that according to a study published in Environmental Science & Technology, those who vape at well-regulated temperatures are much less at risk than those vaping at extremely high temperatures ("A Hotter Vape Emits Higher Levels of Carcinogens, Study Shows" - Vice.com). According to the report, when vaping at high temperatures, a compound known as propylene glycol degrades to formaldehyde, which is a well-known carcinogen. Vapers then inhale the contaminated vapor.

AVE40's CEO welcomed the findings of the report, saying "It did not negatively change the ways consumers view its products. In fact, none of its consumers prefer the bitter and burnt taste produced when vaping is done at extremely high temperatures. There are currently no other studies that have been commissioned to find the benefits of vaping."

Researchers stumbled upon the current benefits because the goal of the studies was to find out if vaping was harmful in any way to its consumers or the public. Since vaping only became popular in the mid-2000s, researchers don't have enough data to help them understand the long term effects of vaping. Hopefully, researchers will discover more vaping benefits on the human body as data becomes available.

Why is vaping safer than smoking? While launching the new Asvape Michael Box Mod design, AVE40 CEO explained how smoking differs from vaping. He said, "Smoking involves combusting tobacco along with 4,000 other ingredients. Once these ingredients start to burn, they emit smoke, which is then inhaled by the user. However, since not all smoke is inhaled, the rest of the smoke becomes available for 'secondary smokers' to involuntarily inhale."

Furthermore, some of the inhaled smoke is exhaled, adding to the volume of secondhand smoke. Overall, the cigarette combustion creates harmful compounds known as carcinogens, which are present in the emitted smoke. That's where vaping beats smoking, at least in most cases. You have to say in most cases because not all vaporizers are capable of heating their e-liquid without combusting it.

However, once the combusting is eliminated, vaping becomes much safer than smoking. That's because, instead of smoke, vapers inhale vapor or steam. That's much safer than the tar and other complex compounds that smokers have to inhale. While vaping is safer, most people are not aware of that fact. They see the vapor and think it to be smoke, which has led to vaping being banned much the same way as cigarettes.

The government has subjected cigarettes to bans ever since they became popular. First, the government banned it in hospitals, then in planes, and then it banned smoking in government offices. Now they are banned in public spaces. For smokers, that means needing to find a designated place to smoke or waiting till they get home. With the general aversion to smoking, anything that resembles smoking gets the same treatment, even when it's been proven to be much less harmful.

As AVE40 launches its newest product, it hopes for the best as people get to learn that vaping is much safer than smoking. AVE40 believes that as more data becomes available, the public will easily distinguish it from smoking. For now, AVE40 is pleased with the success of the Asvape Michael brand. It has been a huge success among its vape mods and AVE40 attributes its success to its long lasting vape batteries as well as its functional design.

The new Asvape Michael Box Mod combines functionality, style, and precision heating to deliver the best vaping experience. Consumers will enjoy its safety features, which prevents combusting of the e-liquid, heating of the batteries, as well as preserving battery life. AVE40 designed this particular vape mod to fit nicely in one hand and look like an artistic masterpiece. In doing so, they made Asvape Michael Box Mod not just a recreational device, but also a symbol of class.

About AVE40
AVE40 is connected with Alibaba. Established in 2013, AVE40 grows with an 80-person team for business development and services. Passionate and energetic, the team offers a wide array of vapor products with their considerate services. In 2016, AVE40 tops its sales volume of over $75 million US Dollars. AVE40 covers over 1,000 vapor shops and major online stores in China, taking 80 percent of the domestic customer groups. 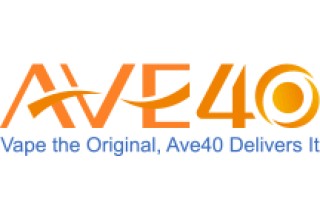 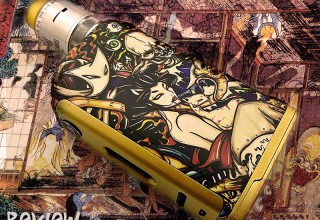 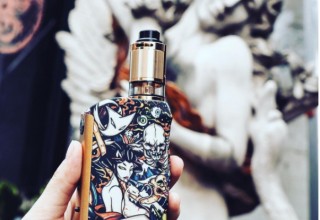