Under Williams' direction, the historic Boston health clinic has experienced massive growth; including the construction of a five-story, 78,900-square foot, state-of-the-art health facility in 2012 which now bears her name.

ROXBURY, Mass., May 3, 2019 (Newswire.com) - - Frederica Williams, CEO and President of the Whittier Street Health Center (WSHC) is marking 17 years at the helm of the revered community institution, which has seen massive growth in her tenure.

“It’s been a long journey, and I am thrilled every day to be here and serve the community,” said Williams. “The mission of Whittier is my life mission as well, so it’s personal.”

Williams was the driving force behind a 10-year effort to construct the health center’s first permanent medical home. After multiple setbacks and extensive property negotiations, the ambitious project was cobbled together through William’s business acumen and determination to raise funds.

In 2018, Williams was recognized for her efforts to make the now nationally distinguished health center a reality, and honored by the WSHC Board of Directors who officially named the building after her.

Since joining WSHC in 2002, Williams has received dozens of awards recognizing her work as both a woman-of-color CEO and a driving force behind Whittier’s expansion and success. This includes WSHC being named by the Boston Globe as one of the top 100 Women-Led Businesses in Massachusetts from 2014-2018.

On this anniversary Williams is also being acknowledged for her other accomplishments at WSHC, which include opening a satellite clinic on Blue Hill Avenue in Roxbury, building a 6,600-square-foot fitness center at the Tremont location, the creation of a community garden, launching a mobile health van outreach initiative, a partnership with the Dana-Farber Cancer Institute, and a men’s health clinic.

Williams was born in Freetown, Sierra Leone and is a descendant of the Creole (Krio) people -- a melding of freed slaves, who, with help from the British government, settled in Sierra Leone after the American Revolution.

“I dedicate this recognition to my parents and pray that their legacy of service, love and social justice continue to live on in the work we do at Whittier for generations to come. The Whittier building project was a family mission with prayers and words of wisdom and encouragement from my family, and the love and support of my sons who sacrificed time with me and pitched in to support the vision for the Whittier building.”

“I am grateful to have a loyal team of dedicated colleagues at Whittier. It is the Whittier team’s care and respect for patients that make Whittier a warm and welcoming place for everyone who comes through our doors. “

Williams lived in Sierra Leone and the UK before moving to Boston in 1984. She earned a bachelor’s degree in business administration from the London School of Accountancy, a Graduate Certificate in Administration and Management from the Harvard University Extension School and a MBA from Anna Maria College. She lives in Boston with three sons. 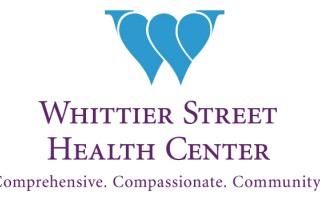 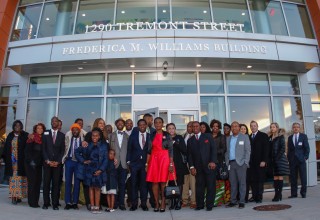 The mission of Whittier Street Health Center is to provide high quality, reliable and accessible primary health care and support services for diverse populations to promote wellness and eliminate health and social disparities. 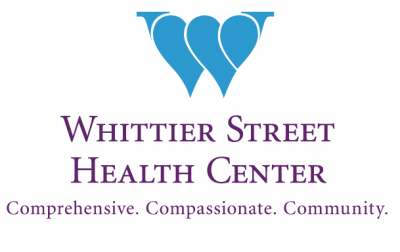