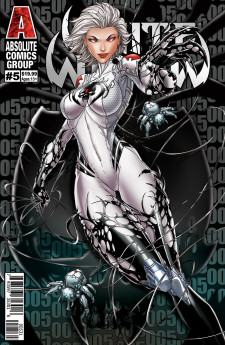 “White Widow has grown beyond any expectations,” stated series writer, co-creator Benny R. Powell. “The title is the backbone of our entire line-up. Retailers and readers have fallen in love with her. It only made sense to launch a new title created by the same team.”

Created by Jamie Tyndall and Benny Powell, WHITE WIDOW follows the adventures of Gabrielle Garcia, a typical American girl who suddenly was transformed into the super-powered White Widow after her father's murder. I MAKE BOYS CRY is a direct spin-off and centers around a school that trains young women to become elite, covert operatives and use these highly-skilled young women to guide the course of human history.

The rest of the titles have similarly benefited from this association, with most of their first issues selling out. DUEL IDENTITY, already had a two-part crossover in WHITE WIDOW and DARCHON will crossover with its next issue!

“This is nothing new, and it is a large reason for Marvel’s comics line success in the 60s,” explained Powell. “Their title, Fantastic Four, was the biggest hit in their lineup, so they would make crossovers with Spider-Man or the Hulk. They carried this model over in their shared universe approach to their movies.”

“In a market where DC Comics, the current #2 publisher, has been making massive cuts to staff and rumored to be contracting their line down to only a few core print titles,” continued Powell. “We are more than happy to help fill any potential voids as we continue expanding.”

The line is being developed for film and television by Intrinsic Value’s Isen Robbins and Aimee Schoof.

Publisher of the top two independent comics and a rapidly-growing line-up of fan favorite entertainment. Part of the Red Giant Entertainment, Inc line of transmedia properties for intellectual property development. 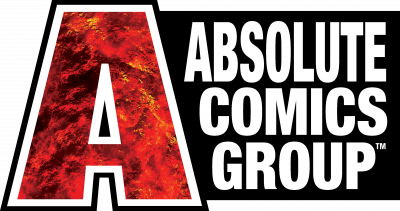