President Obama, Boeing CEO and Elon Musk Are Competing to Place the First Human on Mars, But According to Leaked Intel by Whistleblower Corey Goode, They Lost The Space Race Decades Ago 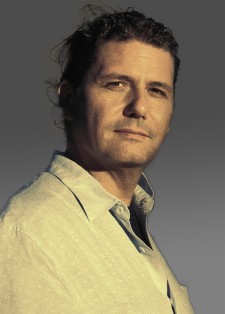 Richardson, Texas, October 13, 2016 (Newswire.com) - On Tues, Oct. 11th President Barack Obama wrote an Opinion Editorial via CNN.com announcing to the citizens of the United States that, “America has set a clear goal to send humans to Mars by the 2030s…we do what's possible before anyone else.” The problem here is that during a Nov. 2015 video interview with Gaia.com, whistleblower Corey Goode from the US Secret Space Program (SSP) said, “There are humans already on Mars and it’s been colonized.” In Dec. 1986, Goode was recruited into SSP - UNSAP (Un-Acknowledged Special Access Programs) under Project Solar Warden. He was assigned to a research vessel in space to study the solar system from Dec. 1986 – Dec. 2007.

President Obama and the US government join a heavy-hitter list of private-sector visionaries, such as Boeing CEO Dennis Muilenburg and Elon Musk (SpaceX), as they compete to make a historical dent in space. On Oct. 4th, according to Bloomberg Technology, Muilenburg said, “It's my company that's sending the first humans to Mars, not Musk. I’m convinced the first person to step foot on Mars will arrive there riding a Boeing rocket.”

"Mars was first visited by the Germans as far back as the 1930s, but during the 70s, US space programs were actively exploring Mars and other planets to establish bases."

“Mars was first visited by the Germans as far back as the 1930s, but during the 70s, US space programs were actively exploring Mars and other planets to establish bases. In 1980 the US SSP became - Solar Warden. Under Project Solar Warden, vast development and colonization occurred on Mars and other planets. Goode continues, “Bases on Mars were built under the surface.”

Alongside New York Times best-selling author and researcher David Wilcock (“Ascension Mysteries”), Goode is co-host of Gaia’s successful original show: Cosmic Disclosure. With over 70 episodes and a viewership reaching over 68,000 per episode, the show reveals in-depth access to Goode’s astounding, yet controversial, revelations during his 20-year service.