When Amazon, JPMorgan and Berkshire Hathaway Recently Announced Their Proposed Self-Insurance Plan, the Empower Group Asked, 'What Took You So Long?'

The EmpowerAdvantage Health Plan owes its beginnings to the small Cuban hospital CEO Jorge Perez and his family left behind. 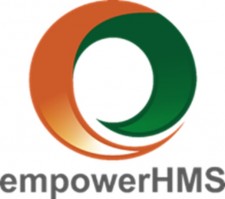 KANSAS CITY, Mo., February 16, 2018 (Newswire.com) - Recently Amazon, JPMorgan, and Berkshire Hathaway announced an effort to pool resources in order to offer their employees access to low-cost, high-quality healthcare through a self-insurance plan.  For everyone looking for ways to contain costs, it was hailed as an innovative means of disrupting the market for the better.  The model they have laid out will reinvest capital that would otherwise go to profits for third-party insurance providers back into their own health plan which will negotiate directly for services.

To many, this is viewed as a pioneering first-step in wresting the control that insurance companies have on costs, choice, and reimbursement rates.  But for one company, the Empower Group of Miami, Florida, these measures are only a fraction of the groundbreaking transformations they already have underway.

When fully implemented, this model will have a positive economic impact on rural communities like no other.

Headed by CEO Jorge Perez, the Empower Group is a family-owned corporation whose subsidiaries provide services in healthcare billing and technology through EmpowerHIS, as well as in the acquisition and operation of rural hospitals throughout the U.S under the EmpowerHMS (empowerhms.com) banner.

As the Chairman of the National Alliance of Rural Hospitals, it was in the course of rescuing these at-risk facilities, that Perez formulated the bases of Empower’s insurance model.

“From the outset, we found that many, many rural hospitals don’t provide their employees with health insurance; rectifying this situation became our first priority,” Perez stated.

Even before Perez went shopping for a plan for EmpowerHMS’s network of hospitals, his decades of experience have exposed him to what he views as a lopsided advantage that all insurance providers enjoy.

“As a healthcare provider, we are in a constant battle to even recoup a percentage of an agreed upon reimbursement rate,” Perez lamented, “on the other hand, as an employer, those same insurance companies charge exorbitant premiums for basic coverage.”

Why not a self-insurance plan?  Unlike most employers, EmpowerHMS already has the infrastructure, the staff, and the procurement arrangements in place to provide care.

“What sense does it make to pad the profits of an intermediary when we can deliver the service and pay ourselves?” echoed Michael Christensen, EmpowerHMS CEO, headquartered in Kansas City, Missouri.

Working within consultation with a self-insurance consulting firm, the Empower Team created a seamless plan which establishes each of EmpowerHMS’s hospitals as the primary care facility for employees, enhanced by a network of local physicians, dentists, and other healthcare providers.

In the event that a premium holder is away from their base healthcare network, coverage by a third-party policy kicks in to ensure global access.  The plan, known as EmpowerAdvantage, has been launched and is in place, affording the brand of low cost, high-quality health insurance that Amazon, JPMorgan, and Berkshire Hathaway aspire to provide.

However, Perez and his team have a vision that goes beyond the staff of their own company and has already set into motion marketing EmpowerAdvantage to individuals, private businesses and governmental entities in the communities where their hospitals are located, and beyond.

“When fully implemented, this model will have a positive economic impact on rural communities like no other,” declared Santiago “Sandy” Pique, Empower CFO.  "It offers affordable insurance to the community, it provides a dependable patient-load to the hospital, and it keeps more money in the local economy.”

While Amazon, JPMorgan, and Berkshire Hathaway might be playing catch-up to Empower in the self-insurance arena, Perez can’t take credit for this “community cooperative” model.  Those seeds were sown over 50 years ago before he and his family had become refugees escaping communist Castro.

“I had remembered when I was growing up in Cuba, families would pay ongoing contributions, directly to their local hospital, to cover the cost of care for the entire community,” Perez recalled.

“Bringing back local control of the health insurance market will benefit the citizens, the hospitals, and the communities throughout rural America,” Perez affirmed, “and everyone will be asking ‘What took you so long?’”. 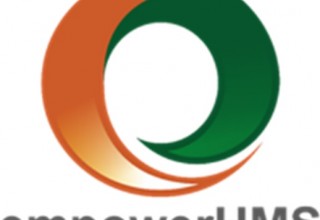 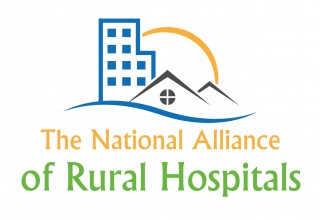 About National Alliance of Rural Hospitals

We are a Rural Hospital Industry Association, dedicated to the sustainability of at-risk rural and critical access hospitals through advocacy, promotion and education.