Kimberly Smith, owner and director of two Mathnasium Learning Centers, one in Canton and one in West Bloomfield, addressed the Westside Christian Academy high school students as part of the Westside Master Class Series which focuses on the beneficial aspects of an education in STEM. 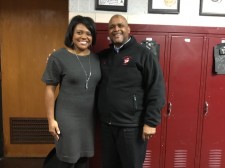 DETROIT, Michigan, January 23, 2018 (Newswire.com) - Ms. Smith told the class to ask themselves if they think they are going to be successful and to think about what they need to do to make sure they are successful. “You can make that decision,” she said, “your environment doesn’t make that decision for you.”

The Westside Master Class Series focuses on careers in STEM — science, technology, engineering, and math — and is held at the school on the last Thursday of every month.

Ms. Smith gave our students valuable insight into why they need the STEM skills to compete in the real world and showed them a list of career opportunities that were possible with those skills.

“Ms. Smith gave our students valuable insight into why they need the STEM skills to compete in the real world and showed them a list of career opportunities that were possible with those skills,” said Henry Wells III, campus principal and head of the school.

“The top paying jobs in America all have math in common,” Smith told the students. “If you don’t know what you want to do yet, if you are strong in math, doors can be opened for you.”

Ms. Smith is a strong and versatile senior manager with leadership experience in both manufacturing and education. Her talents as a detail-oriented multitasker serve to explain her present success as the managing director of all operational aspects at her two Mathnasium Learning Centers.

“Westside is committed to educating strong servant leaders who influence their relationships, communities and the world for the glory of God,” said Mr. Wells III.  “Ms. Smith was a great example of a strong leader who is influencing her students.” 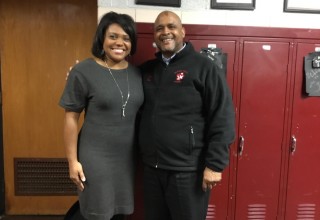 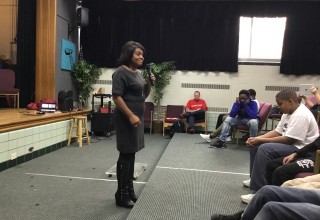