Wayne Bacchus's New Book "A Bad Man, a Thug, and a Gangster" is a Powerfully Written Tale of a Man From Guyana, a Tale of Drama, Action, Suspense, Romance, and Humor. 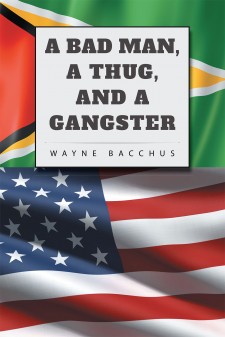 Staten Island, NY, July 31, 2017 (Newswire.com) - Wayne Bacchus, a native of Guyana and gifted writer, has completed his most recent book “A Bad Man, a Thug, and a Gangster”:  a gripping and potent tale of a man who grows up to walk in the corrupt footsteps of a powerful and feared father, as he takes the reigns of a criminal empire.

Published by Fulton Books, Wayne Bacchus’s book began as a song about a “Bad Man” named Batro.  In this book, Batro is depicted as a bad man because he is feared and formed an alliance with most of the local thugs in Guyana.

Batro travels to New York city to assist and take over for his cousin Vision, where he gets most of New York city strung out on the drug fly. Batro is a feared and vindictive thug as he murders those who show weakness or stand in his way, and he has no time or need for remorse.

Readers who wish to experience this mesmerizing work can purchase “A Bad Man, a Thug, and a Gangster” at bookstores everywhere, or online at the Apple iTunes store, Amazon, Google Play or Barnes and Noble.

Carla Hassell's New Book 'Goma: Warrior Priestess' is a Story of a Woman Who Finds Herself Reborn on Another Planet Amidst a Raging War Between Rivaling Kingdoms
Fulton Books - Oct 5, 2022

Robert Field's New Book 'It's an UBERful Life!' is an Engaging Compilation of Stories From the Author's Travels as an Uber Driver in the New York Tri-State Area
Fulton Books - Oct 4, 2022

A. B. Kayge's New Book 'The Dicer' is a Captivating Thriller Following a Homicide Detective Who's Hunt for a Serial Killer on the Loose Begins Hitting Too Close to Home
Fulton Books - Oct 4, 2022