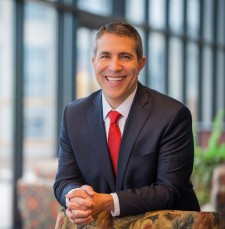 The Million Dollar Advocates Forum is recognized as one of the most prestigious groups of trial lawyers in the United States. Membership is limited to attorneys who have won million and multi-million dollar verdicts, awards, and settlements. The organization was founded in 1993, and there are approximately 5,000 members located throughout the country. Fewer than 1% of U.S. lawyers are members.

Forum membership acknowledges excellence in advocacy and provides members with a national network of experienced colleagues for professional referral and information exchange in major cases. Members of the Million Dollar Advocates Forum must have acted as principal counsel in at least one case in which their client has received a verdict, award or settlement in the amount of $1 million or more.

A.J. earned his J.D. in 2003 from the Franklin Pierce Law Center at the University of New Hampshire where he also earned an LL.M. in Intellectual Property. Bahou holds an M.S., with honors, in Electrical and Computer Engineering from Johns Hopkins University. He earned an M.B.A from Middle Tennessee State University and received his B.S.C.E. in 1993 from Tennessee Technological University.

He serves on the Boards of Directors of LaunchTN, the Middle Tennessee chapter of the Information Systems Security Association and the Tennessee Intellectual Property Association. He currently serves as chair of the Evolving Legal Market Committee of the Tennessee Bar Association which focuses on the changing nature of the practice of law.