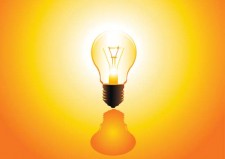 NEWPORT NEWS, Va., July 3, 2017 (Newswire.com) - Walid Soliman from Newport News, Virginia, is planning to release a brand new invention. He had been trying for a long time to develop products that would make the life of the average person more convenient. Recently, he had finally obtained a patent for a product that will help people who have to mow the lawn do so with ease and without the need to purchase an expensive ride-on mower.

Walid Soliman was born and raised on a farm, where he spent his childhood helping out his father whenever he can, tinkering with electronics equipment. After his parents had retired and moved out, Soliman convinced his wife that farm life would be suitable for her, and they moved into the house where he grew up. However, his wife quickly found that farm life was perhaps not really for her husband since he seemed to spend most of his time in the barn, trying to come up with new inventions.

She says: "I wouldn't see Walid for days on end. I knew he had an inventor's brain and it was one of the reasons why I was attracted to him, but I hadn't quite expected this. He had been experiencing setback after setback and I knew that he was getting frustrated. It was good that from time to time, his spirits would get lifted when someone would express interest in one of the things he had come up with. But this time, with his latest invention, I think he really has come up with something that would finally give him the reward that he deserves."

Soliman's new lawnmower lift, which he has patented, is something that he has been working on for a very long time. One of his chores during his childhood would be to mow the huge lawn. Hating the job from the start, he decided then to make it much easier. He had made a number of contraptions, most of which worked reasonably well, but not good enough to be released on the market. Now, after making a number of significant changes, correcting various problems as they came up, he realized that he finally had something that others could be interested in.

Walid Soliman says: "My wife Julia insisted on having our house hooked up to the internet. I wasn't for it at first, since I prefer to make my life as simple as possible. But I'm glad that she did her best to convince me because I now realize how helpful it could be. Once I figured out that I had something good, I went online and found that nobody had thought of this particular design for a lawn mower lift. Julia insisted that I contact a patent lawyer and do things properly for a change. After a few days, he got back to me and said I was indeed the first to have come up with this idea!"

It took three attempts before Walid Soliman finally managed to obtain the patent. During that period, he has made a number of modifications to his invention. However, he feels that every change has been one for the better, and the entire process has really occupied him that whole time. He says: "Whenever my parents come to visit, they would comment on the fantastic condition of the lawn and would joke that they really struggled to get me to do it when I was a child, but I now I seem to be obsessed with mowing the lawn!"

Walid had tinkered with many things for most of his life, developing feed bunks and gates when he was just 15 years old. He had also transformed one of the barns into a cabin shop, creating ornate pieces of furniture with natural materials found on the farm. It was obvious that creating things was more interesting to him than farming, and even his wife Julie had given up on growing crops or raising livestock. Instead, the couple is now completely dedicated to Walid's inventions.

The Solimans now hope that, by next spring, the lawnmower lift will be ready for market release. A few little changes still have to be made, mainly to ensure that the lift will be 100 percent safe for use in domestic situations. Walid Soliman says: "It's the final little details, but the important ones, that still have to be completed. Things like the safety label and getting a safety inspector to approve it will take a lot of time. Once those things are done, we will start with our marketing and advertising campaign."

Thinking ahead, Soliman has already started contacting a number of stores that may be interested in selling the device. Furthermore, he intends to set up an online store, where people can purchase it directly from him. If successful, a national lift company has already expressed an interest in manufacturing it on a larger scale.