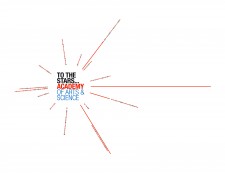 SAN DIEGO, June 22, 2020 (Newswire.com) - ​An MOU has been signed between Wahpeton Dakota Nation (WDN), Wahpeton Dakota Developments (WDD) and San Diego-based To The Stars Academy of Arts & Science (TTSA) to develop a six-part docuseries focusing on Dakota Wichoh’an, including their culture, history, traditions, spirituality, and the development of a video library.

“We are excited about this opportunity to record and share our Dakota Wichoh’an for future generations and others,” said John Waditaka, Chief of WDN. “Our people are proud of our Dakota Wichoh’an, and our contributions to mankind, and it is important to us that our traditions and sacred beliefs are accurately represented to others and maintained from generation to generation. This MOU gives us an opportunity to work with an experienced and professional partner on this important initiative for our Nation.”

TTSA is headed up by Angels & Airwaves and Blink-182’s Tom DeLonge, and an experienced team with backgrounds across science, government, and business. Along with its science, technology, and research divisions, the company has an entertainment division that spans film, television, books, music, art, and merchandise. TTSA focuses on stories that inspire a new understanding and appreciation for the profound mysteries of our universe, such as their participation as key cast members and DeLonge serving as executive producer for HISTORY channel’s docuseries Unidentified: Inside America’s UFO Investigation.

“The series will involve an intimate look at the rich culture and contributions of the WDN people while promoting WDN heritage, art, and culture,” said Tom DeLonge, co-founder of TTSA. “This is an exciting initiative for us to continue our mandate to tell deeply rich stories that will benefit the future of humanity. I am honored that the people of WDN have agreed to work with us to tell their important story.”

Employment and training are part of the deal, and the project is expected to provide significant economic spinoffs for the community. “It is important to WDN that any project involving its people includes employment and training opportunities and economic development,” said Robert Fincati, CEO of Wahpeton Dakota Developments. “This project has the potential to include both temporary and long-term employment opportunities in film, radio, television, and internet, and training and mentorship opportunities will be part of it. In addition to the opportunities in the docuseries, there are some long-term plans for a potential first-of-its-kind Indigenous People Television Network, radio station, film company, and internet podcasts. We are very excited about this incredible opportunity and look forward to working with Tom DeLonge and his talented team.”

The docuseries will focus on topics such as creation stories, history of the WDN people, and Ptesanwin (White Buffalo Calf Woman), who brought the original Chanupa (Pipe) and Seven Rites to the Dakota Oyate such as Inipi (Sweat Lodge ceremonies), Hambdesheya (Vision Quest) and Chanupa Opache (Pipe Ceremony). WDN will review and approve all footage before airing to protect certain sacred ceremonies.

Pre-production is anticipated to begin Spring 2021.

About To The Stars Academy of Arts & Science

To The Stars Academy of Arts & Science is a public benefit corporation that was established in 2017 as a revolutionary collaboration between academia, industry, and pop culture to advance society’s understanding of scientific phenomena and its technological implications. Founded by a next-generation physicist, a career intelligence officer, and an award-winning content creator, the organization seeks to specialize in creating, acquiring, and commercializing intellectual property across entertainment, science, and technology. Their mission is focused on expanding the outer edges of science and unconventional thinking in order to push human knowledge and, ultimately, our collective capability forward. For more information, visit https://home.tothestarsacademy.com/.

Source: To The Stars Academy of Arts & Science

About To the Stars Academy of Arts & Science

TTSA Announces Support for UAP Task Force Inclusion in Intelligence Authorization Act for 2021
Team Returns for Season 2 of History's Unidentified on July 11
To the Stars Academy of Arts & Science - Jun 24, 2020