LAS VEGAS, January 8, 2019 (Newswire.com) - In exciting news for the smartphone world, Vyu360, a Miami-based company, brings to CES 2019 its latest lineup. Their new iPhone accessory the Rogue 360 is a rugged case with a twist. It is the world's first action case featuring 360-degree capturing capabilities.  Considering the breakthroughs the case delivers, the enthusiasm surrounding its debut is high. The growing company puts great emphasis on developing value products that entice people of all ages to explore 360 virtual reality.

“We are not only rolling out our technology through our branded products, we are also working with mobile case brands and network carriers to expand our technology capabilities and outreach,” commented Maurizio Festa, president and founder of Vyu360. “When we invented this technology, we aimed at making it extremely easy to use and accessible so that it could become available to anyone. I hope one day the application of our technology will surpass my imagination through collaboration with other forward thinkers.”

The case doesn't need to be connected or require batteries. This accessory, in fact, combines the power of the iPhone’s cameras with the company's proprietary Snap On 360-degree lens technology. The Rogue 360 features two 180-degree lenses that attach to the front and rear cameras of the iPhone through the phone case housing. The mobile app enables the phone to transform the captured media into 360 spherical imaging. This product is rated IP68, making it the perfect gadget for outdoor and watersport enthusiasts, but also is an ideal fit for engineers, contractors and any workers wanting to capture 360 imaging on a dusty job site, without the risk of their expensive iPhone being damaged.

The Rogue 360 phone case is available for iPhone7 through iPhoneX on Amazon starting at $79.99.

The company also launched an entry-level accessory, the Klip 360, which is a simple Snap On cap that mounts on the iPhone and enables 360 imaging to be captured on the go. The Klip 360 is also available at Amazon.com starting at $49.99.

Vyu360 meets the younger generation's need for a faster and better way to share their experiences on social media. From filming real-estate properties to the great depths of the ocean, it delivers a fresh new way to capture all of these experiences and much more.

The company got its start with their first Kickstarter campaign in late 2016; building off that success, they now launch their products and accessories both on their own website Vyu360.com and on the Amazon.com marketplace.

The new slogan on the website “There are 360 degrees, so why stick to 90?” tells a great deal about the company's intentions to enter and dominate the 360-action camera market in 2019.

- No Batteries Needed, No Connection Required

- No Batteries Needed, No Connection Required

For more information or a product demonstration at CES2019, be sure to contact Maria Galindo - Vyu360 Media Team: vyu360@gmail.com. 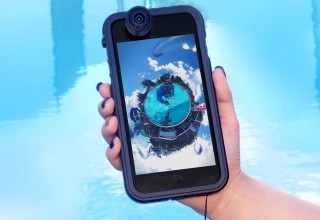 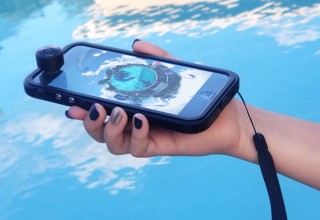 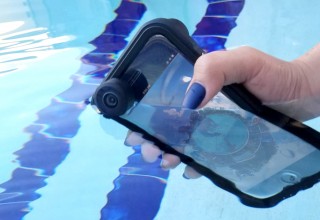 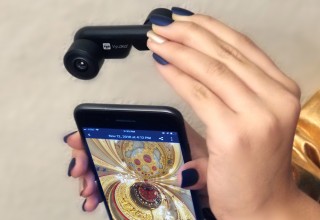 Vyu360® is a South Florida company with the objective to develop hardware and software technologies that aim at making immersive 360 degree & virtual reality media accessible to the masses.

Vyu360® Celebrates the Start of the Exciting Age of VR Personal Recording and the Rise of 360 Action Cameras
The Traditional Action Cameras vs all New 4K VR Action Camera and clash developing that has tech enthusiasts at the edge of their seats.
Vyu360 LLC - Nov 2, 2016
Newswire