Vulnerable Population Loses More Than 16% of Income to Recession 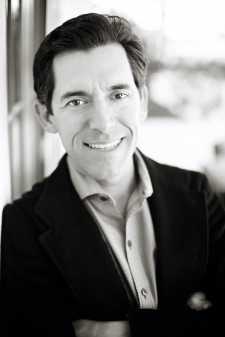 PHOENIX, March 17, 2020 (Newswire.com) - Americans with past bankruptcies are on track to losing a monthly average of $832 in income because of the coronavirus recession, according to a survey by 720 System Strategies, a bankruptcy marketing firm.

This amounts to 16.85 percent of their income.

“Many of these people used bankruptcy to wipe the slate clean and start fresh,” said Philip Tirone, founder of 720 System Strategies, the bankruptcy marketing firm responsible for conducting the survey. “They have no savings. All of their resources had already been tapped or turned over to creditors. And now they have to start over again.”

The March 16 survey, sent to 80,000 past clients, found that 34.62 percent had “been asked to work less because of the coronavirus.” Of those surveyed, 42.2 percent report that they are having a hard time paying their bills.

“About 80 percent of the people we surveyed have already been through bankruptcy, so they have no debt,” said Tirone, adding that Americans with existing debt might be in even more trouble.

Over the past decade, total household income increased by 7.9 percent, but total consumer debt increased by nearly 10 times that amount: 77.96 percent, according to the Census and the Federal Reserve Bank of New York, respectively.

“Imagine the trickle-down effect this will have on an eight-week slowdown for the average American,” said Tirone. The impact on interest rates alone could be devastating, he said, explaining that the first late payment comes with a past-due fee, ranging from $29 to $39. After 60 days late, though, the “penalty APR” on credit cards is triggered, meaning the interest rate will increase to 26 to 30 percent, depending on the credit card.

“This doesn’t even take into account the impact on credit scores and future borrowing opportunity,” said Tirone.

What is the solution? Tirone doesn't have it, but he is reaching out to lawmakers to ask that they include credit-rebuilding and credit-education efforts as part of future stimulus initiatives.

“We are only 10 days in,” said Tirone. “Given the number of forced layoffs that are surely coming in future weeks, this is going to get much worse before it gets better, and people will need time to recover without being burdened by fees and late penalties.”

“This is the time when leadership needs to step up and create immediate relief.”

Philip Tirone is the CEO of 720 System Strategies and creator of 7 Steps to a 720 Credit Score, a credit rebuilding program offered by 720CreditScore.com.