Volunteers Spread Calm in the Face of French Riots

"The Way to Happiness: A Common Sense Guide to Better Living" provides an alternative to the violence engulfing Paris. 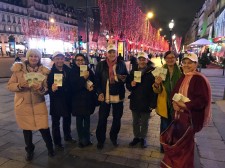 PARIS, December 20, 2018 (Newswire.com) - Volunteers distribute copies of "The Way to Happiness: A Common Sense Guide to Better Living"—along the Champs-Elysées and throughout the 8th arrondissement, which has been a flashpoint for the riots. In shop windows, they place copies of a poster calling for calm and they leave copies of the booklets in local businesses and cafés.

The volunteers urge peaceful resolution of the issues that have ignited violent protests over the past five weeks. Their campaign is focused around "The Way to Happiness: A Common Sense Guide to Better Living" which includes the following message:

"Trying to survive in a chaotic, dishonest and generally immoral society is difficult.

"Any individual or group seeks to obtain from life what pleasure and freedom from pain that they can.

"Your own survival can be threatened by the bad actions of others around you.

"Your own happiness can be turned to tragedy and sorrow by the dishonesty and misconduct of others.

"I am sure you can think of instances of this actually happening. Such wrongs reduce one’s survival and impair one’s happiness.

"You are important to other people. You are listened to. You can influence others.

"The happiness or unhappiness of others you could name is important to you.

"Without too much trouble, using this book, you can help them survive and lead happier lives.

"While no one can guarantee that anyone else can be happy, their chances of survival and happiness can be improved. And with theirs, yours will be.

"It is in your power to point the way to a less dangerous and happier life."

Written by author, humanitarian and Scientology Founder L. Ron Hubbard in 1981, "The Way to Happiness" has been embraced by more than 250,000 groups and individuals, with some 117 million copies distributed in 186 nations. It holds the Guinness World Record as the single most-translated nonreligious book and fills the moral vacuum in an increasingly materialistic society.

The Church of Scientology and its members are proud to share the tools for happier living contained in "The Way to Happiness."

Watch "The Way to Happiness" book on film on the Scientology Network. 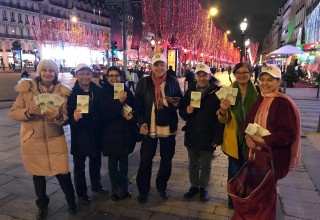 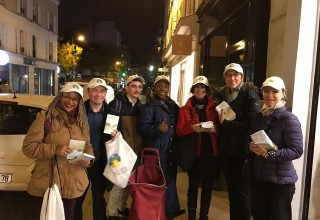 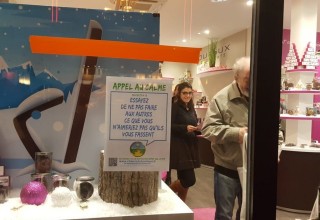 Scientology 'Stay Well' Initiative Backs Up Denmark's New Normal
Denmark was the first country in Europe to ease coronavirus restrictions. But the pandemic left many concerned. Scientology Volunteer Ministers help their communities understand the basics of prevention and how they can keep themselves and others well.
Scientology - Jun 13, 2020

Scientologists Take Action to Help Harlem Stay Well
With Harlem about to reopen, Scientology Volunteer Ministers took to the streets with important information to help the neighborhood avoid a second wave of the COVID-19 pandemic
Scientology - Jun 8, 2020

Keeping Down the COVID-19 Numbers in Tokyo
Japan has reported fewer deaths from COVID-19 than other major nations—and they plan to keep it that way. The Stay Well Campaign of the Church of Scientology has been embraced by businesses and nonprofits as a way of ensuring this happens.
Scientology - Jun 4, 2020
Newswire