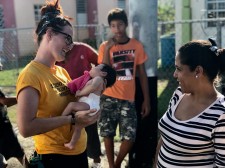 VIEQUES, Puerto Rico, October 31, 2017 (Newswire.com) - The island of Vieques was a jewel of the Caribbean, renowned for its natural beauty: the world’s brightest bioluminescent bay, a 3,000-acre wildlife refuge, secluded crystal beaches and all just seven miles off Puerto Rico’s east coast. But that was before Maria rampaged through the Caribbean, leaving the island devastated.

Learning from FEMA last week that Vieques has had very little help, a team from the Scientology Volunteer Ministers Puerto Rico Disaster Response took off right away and arrived in the island’s main barrio, Isabel Segunda, with chainsaws and a truck filled with food and water. They met with the mayor and other volunteer relief organizations to find out what was needed and got right to work.

“We handled several homes that had trees covering their roofs and driveways,” says the lead Volunteer Minister (VM), “and we built a roof for a home whose entire top floor was ripped off during the storm.” Then, in a neighborhood on the opposite side of the island, they distributed food, water, and baby care products, and brought needed supplies to a cancer center that cares for 54 patients.

One of the Volunteer Ministers, a nurse, has been caring for those in need of medical help. The VMs also provided transportation and backup to a team of doctors, brought to Puerto Rico by Americorps.

Help is still needed. Some 70 percent of the island remains without power and many lack access to food and clean drinking water.

Those wishing to help or to donate food, water or emergency supplies should contact Volunteer Ministers headquarters in Los Angeles at (800) HELP-4-YU or 1 (323) 960-1949.

For more information visit the Scientology Newsroom or the Volunteer Minsiters website. 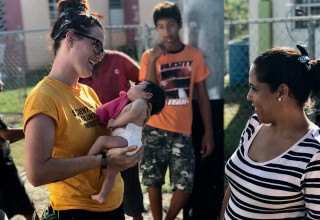 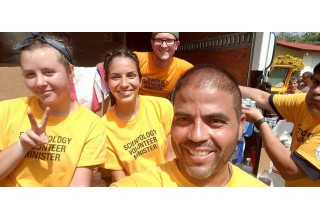 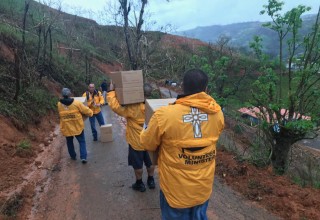 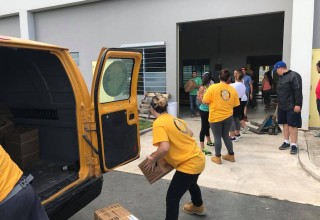