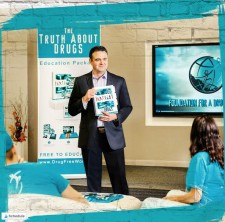 VOICES FOR HUMANITY airs Wednesdays at 8 p.m. ET/PT on the Scientology Network.

By the time he was 15 years old, Darren Tessitore attended a succession of funerals for close friends—seven in all—who lost their lives to drug-related causes. He has since he made it his personal mission to educate as many kids as possible on the dangers of drugs and has helped educate millions across the nation.

By the time he was 15 years old, Darren Tessitore attended a succession of funerals for close friends—seven in all—who lost their lives to drug-related causes. Worried about the prevalence of drugs in schools as his three daughters reached their teens, he made it his personal mission to educate as many kids as possible on the dangers of drugs and has since helped educate millions across the nation.

Darren Tessitore was born in Boston, Massachusetts and experienced the devastating effects of drug use while still in his early teens. Convinced that he, and his close friends who died from drug-related deaths, would not have so willfully used drugs if they had been fully aware of the dangers drugs posed, Darren dedicated himself to teaching kids about the dangers of drugs as a preventative measure. He discovered the Foundation for a Drug-Free World’s Truth About Drugs program and advocated its use—first in high school driver’s education programs, with schools across the country clamoring for the materials and information he presented, and subsequently, in partnership with police-affiliated school resource officers. Through seminars, presentations and the educational materials he has distributed, Darren has reached an estimated 3.1 million students with the Truth About Drugs.

Darren Tessitore is currently working with the Driving School Association of the Americas (DSAA) and the American Driver and Traffic Safety Education Association (ADTSEA), along with other nationwide organizations, to save young lives by educating them on the dangers of drug abuse.

The Scientology Network debuted on March 12, 2018. Since launching, the Scientology Network has been viewed in 238 countries and territories worldwide in 17 languages. Satisfying the curiosity of people about Scientology, the network takes viewers across six continents, spotlighting the everyday lives of Scientologists, showing the Church as a global organization, and presenting its social betterment programs that have touched the lives of millions worldwide. The network also showcases documentaries by independent filmmakers who represent a cross-section of cultures and faiths but share a common purpose of uplifting communities. 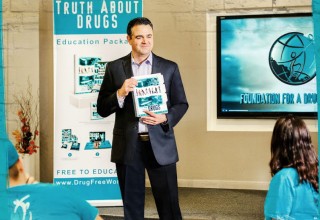 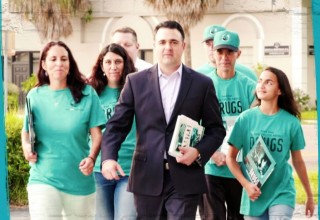