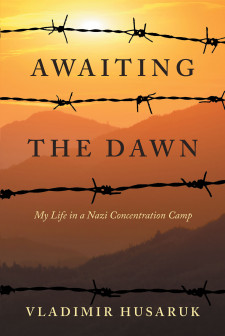 NEW YORK, May 19, 2022 (Newswire.com) - Fulton Books author Vladimir Husaruk, a devoted Ukrainian pastor, founder of a ministry aiding the persecuted Christians in the Soviet Union, has completed his recent book "Awaiting The Dawn": an interesting read that follows a research chemist and his wife living in Cracow during the second world war. Vladimir details in this memoir his personal experiences to give the new generation a vivid narrative on the ugly chapter in the history of mankind.

"In addition to the atrocities committed by the gestapo against the Jews, thousands of Christians were also arrested and enslaved in German work camps. In 1944, while on a train from Cracow, Poland, to Vienna, Austria, Rev. Vladimir Husaruk was arrested for being a 'religious agitator.' He was carrying a suitcase with 52 New Testaments to distribute to Slavic Christians who had been arrested and enslaved by the German gestapo. He spent the remainder of WWII in two prisons, including Montelupich, known for its tortures and executions, and two Nazi concentration camps, Gross-Rosen and Hersbruck, before being released by American soldiers in April 1945. His story of incredible faith and resilience in the face of death, starvation, and inhumane treatment culminates in a 300-mile bicycle ride through Germany to be reunited once again with his family."

Published by Fulton Books, Vladimir Husaruk's book is an unflinching volume that focuses on his daily survival. Like many of the war memoirs, his life experience is also an important fragment of the Holocaust history.

This compelling work was originally written in Russian and translated into English to reach a bigger audience. His story is a poignant reminder to today's world.

Readers who wish to experience this page-turning work can purchase "Awaiting The Dawn" at bookstores everywhere, or online at the Apple iTunes store, Amazon, Google Play or Barnes and Noble.