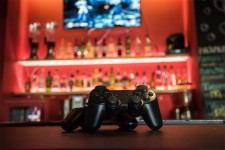 Las Vegas, NV, June 15, 2017 (Newswire.com) - Social Chain, Europe's largest social media marketing agency, led by CEO Steven Bartlett, and profiled by VICE as being "the leader of the social media Illuminati," have quietly acquired the viral gaming portfolio of DEVISE in a multimillion-dollar acquisition, according to multiple sources familiar with the deal.

The acquisition includes a large network of influential video game-related social media channels and websites that reaches a combined 500 million people per month. The undisclosed gaming portfolio was developed through a strategic partnership between DEVISE co-founders Jeff Taylor, Evan Lisabeth and Debabrata Nath.

"We've experienced firsthand how passionate people are about gaming. Social Chain is passionate about pushing social boundaries. We're excited to see where they take it," said Jeff Taylor, DEVISE's CEO.

Growth in the gaming vertical market has been significant. According to Mary Meeker’s 2017 Internet Trends reports, global interactive gaming has over 2.6 billion gamers in 2017 versus 100 million gamers in 1995.

Global gaming revenue was estimated to be around $100 billion in 2016.

The firm has run campaigns for brands such as Twentieth Century Fox, Universal, MTV, Spotify, Microsoft, the UFC, Huawei and PUMA. It claims to have a total reach of 950 million people.

DEVISE partners with Social Influencers to create engaging digital media properties that align with the interests of their followers.