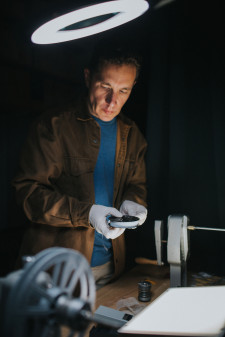 LITCHFIELD, Conn., April 29, 2022 (Newswire.com) - When the Covid-19 pandemic unfolded in the United States in March of 2020, filmmaker and director of Mainspring Narrative Films Jake Gorst ran into a problem — and an unexpected opportunity.

"We had scheduled months of filming throughout the northeast for our architectural history production New England Modernism," he said. "But important locations became unavailable. It wasn't safe to travel. So I began looking for ways to continue work in the studio. My focus shifted to scanning and remastering vintage films, many of them orphaned home movies, that we had collected for the project through auctions and other sources."

"While many of the visuals being captured from these forgotten films related to the project, many did not. But these extra clips were still very interesting! They provided a glimpse into the lives of people of past generations from diverse backgrounds and cultures," said Gorst.

Gorst's daughters had popular TikTok accounts, and he was impressed with the reach that the app had. So he decided to start an account for the production company. "The very first clip we posted was a New York City street scene from 1901. It got over 13,000 views in one day! That was encouraging. So we continued posting new clips each day: vacation scenes, construction footage, weddings, and more." The response was surprising.

"We found that many younger people had misconceptions about 20th century U.S. culture," said Gorst. "A clip depicting a racially integrated New York City classroom in the 1950s and an integrated beach scene from 1940s Ohio startled many who thought that segregation was legally enforced nationwide during these times."

"Vintage home movies are a true window to history," says Gorst. "The person behind the camera had no other objective than to document what they were seeing. So when we watch these films we see things as they were - not contrived content meant to sway the thinking of others. Documentarians love vintage home movies!"

Home movies aren't the only tools Gorst shares on TikTok to open eyes and spawn discussions. Mainspring has also posted excerpts from educational films that have entered the public domain. They provide a glimpse into the commercial, scientific, moral, and political thinking of past generations. At times the resulting dialogue among viewers surprises Gorst. "People have debated whether the earth is flat or round, or whether American craftsmanship was better in the 1950s over today. We step into the conversation to provide additional documentation when needed."

Mainspring plans to continue using TikTok to educate and inform. "After a year and a half of posting on this app we have achieved an audience of over 130,000 followers and it continues to grow each day," said Gorst. "It has been an unexpected and valuable tool in our mission to foster a greater understanding of our modern world by exhaustively researching the past." 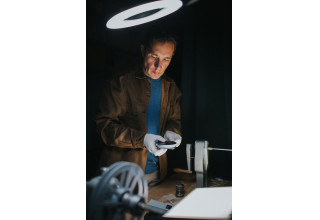 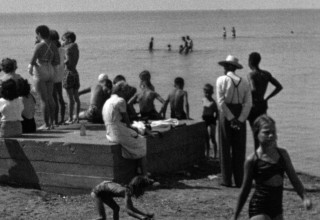