Vilcek Foundation Partners With Native American-Focused Organizations on 'Grounded in Clay: The Spirit of Pueblo Pottery'

The Vilcek Foundation worked with the Indian Arts Research Center at the School for Advanced Research in Santa Fe to develop the exhibition with the Pueblo Pottery Collective, an organization made up of more than 60 artists, historians, and community curators representing 22 Native American Pueblos

NEW YORK, May 24, 2022 (Newswire.com) - The Vilcek Foundation has partnered with the Indian Arts Research Center at the School for Advanced Research in Santa Fe, New Mexico, to develop a new exhibition, Grounded in Clay: The Spirit of Pueblo Pottery. The exhibition opens July 31, 2022, at the Museum of Indian Arts and Culture situated on the traditional lands of the Tewa people, O'gah'poh geh Owingeh (White Shell Water Place), or Santa Fe, New Mexico.

Grounded in Clay: The Spirit of Pueblo Pottery was curated by the Pueblo Pottery Collective, a group of more than 60 Native American community members convened from the 22 Pueblo communities in the Southwest. The Collective was established in 2019 specifically to develop an exhibition that centers the voices of Native American people in the curation and display of Native American art. The collective is a diverse group that includes potters, designers, writers, poets, community leaders, and museum professionals amongst themselves. A small number of non-Pueblo museum professionals worked as facilitators and writers for this project and are also part of the collective.

"Grounded in Clay emphasizes the underlying, multifaceted, and nuanced understandings that the Pueblo Indian people of the American Southwest have of one of the more ubiquitous and resilient forms of our material culture—pottery," writes curator Joseph Aguilar. "Historical memories and our understanding of pottery and other cultural patrimonies are tantamount to a form of Indigenous intellect—a physical, spiritual, and intellectual worldview that is inextricably linked to land, people, and history."

Vilcek Foundation President Rick Kinsel worked with Curator Emily Schuchardt Navratil and Seamus McKillop on the coordination of the exhibition in partnership with Elysia Poon, Indian Arts Research Center Director at SAR, and with the community curators from the Pueblo Pottery Collective.

"Grounded in Clay is not just a project that was developed over three years of dedicated work," says Poon. "It is the result of years—and, in some cases, decades—of relationships and built trust between staff, community curators, and each other. My hope is that we've done justice to the brilliant minds and experiences that were so generously shared throughout this project."

Learn more about the exhibition: Grounded in Clay: The Spirit of Pueblo Pottery

The Vilcek Foundation raises awareness of immigrant contributions in the United States and fosters appreciation for the arts and sciences. The foundation was established in 2000 by Jan and Marica Vilcek, immigrants from the former Czechoslovakia. The mission of the foundation was inspired by the couple's respective careers in biomedical science and art history. Since 2000, the foundation has awarded over $6.4 million in prizes to foreign-born individuals and has supported organizations with over $5.6 million in grants. 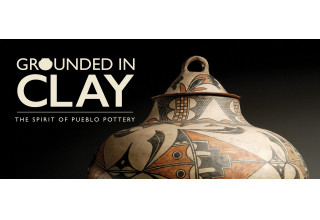 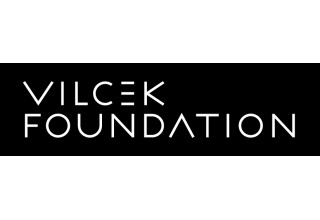