Victoria Lynch's New Book 'Trump Wins in 2020: (With the Popular Vote)' is a Stunning Opinion Piece That Reviews President Trump's Term and Outlines His Re-Election 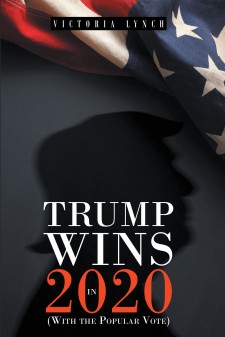 NEW YORK, October 11, 2019 (Newswire.com) - Victoria Lynch, a black conservative with an Ivy League education, has completed her most recent book “Trump Wins in 2020: (With the Popular Vote)”:  a gripping and insightful review of President Trump’s triumphs and  time in office, in addition to the framework behind his impending re-election.

Growing up outside Washington, DC, in a lower middle-class family, liberal politics were considered the norm. As a young adult, Victoria says, “I began to research politics and social policy. My findings led me to conclude liberal policies have hurt the black community, discouraged individualism, influenced people away from self-reliance, and mocked American exceptionalism.”

Published by Fulton Books, Victoria Lynch’s book is an indepth look at the Presidential term of Donald Trump and why he will be re-elected in 2020. Although some would question the validity of this statement, the author is quick to point out that in addition to a red- hot economy, middle-class wages have risen. Trump has delivered on his promise of job creation, is fighting for Immigration reform, and has fulfilled his campaign promise to appoint conservative Justices.

Readers who are hardcore Trump enthusiasts or those who want to be more informed can purchase “Trump Wins in 2020: (With the Popular Vote)” at bookstores everywhere, or online at Amazon, Barnes and Noble and all major bookstores.

Melia Fragapane's New Book 'Marco and the Elements' is an Exciting Battle Against the Forces of Hatred
Fulton Books - Jun 2, 2020