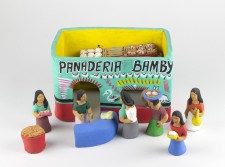 TUCSON, Ariz., April 22, 2019 (Newswire.com) - The Tucson Museum of Art and Historic Block (TMA) announced that it has received a collection of Mexican folk art from Vicki Ragan and Shepard Barbash that will add more than 1,210 individual works to TMA’s Folk Art of the Americas collection. Wooden carvings made by artists working mostly in the villages of San Martín Tilcajete, Arrazola and La Unión Tejalapan, and clay sculptures mostly made by the Aguilar family in Ocotlán de Morelos are central to the Ragan/Barbash collection. Pieces from the Ragan/Barbash gift will be on display in Fall 2019.

TMA chief executive officer Jeremy Mikolajczak said, “Thanks to this exciting donation, visitors will be able to easily connect to a unique aesthetic and better understand other cultures, people and context. This wonderful gift greatly enriches our collection and scholarly activities.” According to Mikolajczak, the Ragan/Barbash gift will significantly impact TMA’s ability to represent the artists of the Oaxacan region. TMA’s Folk Art of the Americas collection contains nearly 3,000 objects from South, North and Central America.

Vicki Ragan, an accomplished photographer, and her husband, author and journalist, Shepard Barbash, spent three years in Mexico collecting and documenting the work of woodcarvers and clay sculptors. In 1993, the couple published Oaxacan Woodcarving: The Magic in the Trees, which includes many of the works in this donation. They followed that up in 2007 with Changing Dreams: A Generation of Oaxacan Woodcarvers after they returned to the area and saw profound changes in the lives of the woodcarvers they had known.

When asked what initially attracted Shep and Vicki about this specific folk art, Shep said “It’s not just the creations that make this story remarkable, it’s the effect the art has had on Oaxaca. This collection of farmers has taken a skill passed down through the generations and enacted dramatic change for themselves and their neighbors. It’s a fascinating story.”

TMA is a private 501(c)(3) charitable arts and education organization. 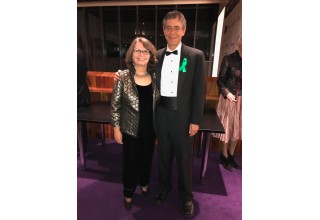 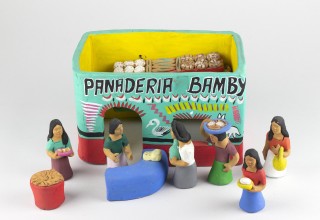 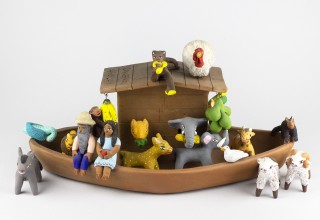 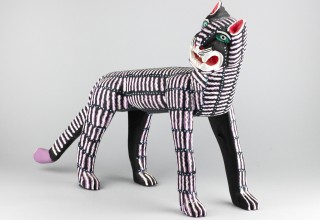 About Tucson Museum of Art

The Tucson Museum of Art and Historic Block's mission is Connecting Art to Life. TMA is a private 501(c)(3) charitable arts and education organization.