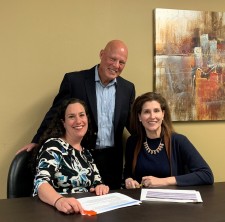 In April of 2018, WWC was awarded the $375 million Enterprise-wide Training and Exercise Program II (UEWTEP II) contract by USSOCOM and subsequently doubled in size. "We are thrilled to welcome Vice Admiral Pybus to the firm. We are confident that the guidance and counsel he brings to WWC from his distinguished career will aid WWC as it grows from a small business into the mid-sized government contractor of choice," says Lauren Weiner, CEO of WWC.

"I was drawn to WWC because of its performance culture, meaningful metrics, and unrelenting focus on mission, which have all been cornerstones of my career," says Vice Admiral Pybus. "I look forward to partnering with WWC as they execute on the UEWTEP II and continue their impressive pattern of growth."

WWC is a small, woman-owned and SBA-certified 8(a) consulting firm focused on the management and operational needs of government agencies, including Department of Defense, Department of State, and U.S. Agency for International Development.