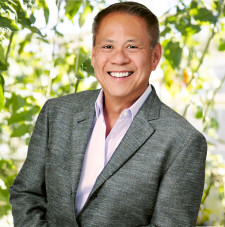 JACKSON, Wyo., April 28, 2022 (Newswire.com) - Vertical Harvest, architects and operators of the first vertical hydroponic greenhouse in North America, announced Marv Tseu as their Chief Growth Officer. On the heels of a Series A financial close, in which Tseu was instrumental leading the effort with investors, the company - which breaks ground in Maine next month for its second U.S. location - is now poised to announce future urban farms sites in several major U.S. cities, including Chicago, Providence and Detroit. Tseu will be leading the Vertical Harvest growth efforts to scale the business by securing MOUs with civic leaders and communities interested in bringing a Vertical Harvest Farm to their city.

Marv Tseu joins the company with over 40 years of experience as a serial entrepreneur, founding, leading and developing both private and public companies. Early in his notable career, Tseu was a member of the senior management team of Plantronics from 1984 to 1996 where he was involved in a management-led leveraged buyout and subsequent public offering; he's also been serving since 1999 as Chairman and then Vice Chairman of the Board guiding the acquisition of Polycom and then the recent sale to Hewlett-Packard Company (HP). In 1999 he founded Site Smith, a managed services company helping businesses manage large complex IP networks and guided the company to a very positive exit. Tseu was also a venture partner at Com Ventures, a Silicon Valley venture capital firm, and during the last 10 years, he's been leading companies in the digital media advertising space.

Co-founder and CEO of Vertical Harvest Nona Yehia stated, "Marv has been indispensable, and he instantly raised our game just by joining the team. His unique expertise, guidance and team leadership makes our audacious, bold growth vision possible, and he's a powerful ally both in the world of finance and in assembling amazing partnerships between civic leaders, developers and community stakeholders.  We appreciate the way he strengthens our credibility, all while embedding our values in every new deal and partnership."

Marv Tseu said, "Vertical Harvest epitomizes the philosophy that you can do well by doing good. Our mission to provide jobs and food for the underserved aligns perfectly with progressive municipal leaders. The company is poised for explosive growth because communities want Vertical Harvest to be part of their civic infrastructure. It's an honor and a pleasure to join the team and help Vertical Harvest achieve this mission, as well as help visionary community leaders realize the progress and potential of theirs."

Vertical Harvest is a hydroponic, vertical farming company dedicated to sustainable farms, food and futures. In addition to our passion for local, healthy food grown sustainably, Vertical Harvest also operates on an inclusive employment model. Our farms are designed for accessibility and staffed via hiring practices developed for people with disabilities, and our mission is to energize local food economies by using food as a medium for meaningful change. As we bring food production back to the city, we are partnering with civic leaders and local developers to co-locate our farms with affordable housing, bolster local green energy efforts, keep dollars in-community longer and reestablish people's connection to their farmers and the fresh, flavorful, food we grow.

Our farms grow 365 days a year, and operate as innovative urban models for growing fresh food while delivering substantial social impact. The first of these, a state-of-the-art, three-story hydroponic farm in Jackson Hole, Wyoming, was the first of its kind in North America. Our second location will be in Westbrook, Maine, which breaks ground in Spring 2022, and we are excited to expand to a city near you. If you're interested in bringing Vertical Harvest to your city, check out some of our recent press, as well as a documentary on Vertical Harvest released on PBS called Hearts of Glass: https://www.heartsofglassfilm.com/.

Vertical Harvest Farms Appoints Michael Chin as Chief of Farm Operations as the Company Continues to Expand Across the U.S.
The new position at Vertical Farms is dedicated to integrating best practices in farm operations with technology and sustainable, eco-driven innovations for indoor farming
Company 986557 - Jun 23, 2022

Vertical Harvest Raises $8.35 Million in Series A Funding to Jump-Start Expansion
Vertical Harvest is shaping a new model of civic infrastructure in the U.S. with urban indoor vertical farms co-located with affordable housing all while creating jobs for the underemployed
Company 986557 - Apr 13, 2022