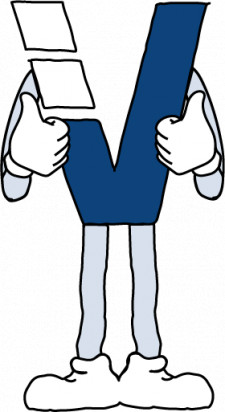 GEORGE TOWN, Cayman Islands, September 10, 2021 (Newswire.com) - The VeriBlock Foundation, a Cayman Islands nonprofit dedicated to promoting the development and adoption of VeriBlock®'s Proof-of-Proof® (PoP®) security technology, announced the launch of the incentivized Bitcoin Squared ("BTCSQ") testnet on Sept. 13, 2021, at 10:00 a.m. ET. The testnet is based on the vBTC reference implementation from the project's new VeriBlock Labs incubator, which is designed to build and test new technologies in the VeriBlock ecosystem.

Following the incentivized testnet period, Bitcoin Squared will be launched as a mainnet altchain maintained and supported by the VeriBlock team and will serve as a reference for other Bitcoin-based blockchains interested in inheriting Bitcoin's security to prevent 51% attacks.

"We're excited to move into our incentivized testnet phase for Bitcoin Squared, which will further harden the reference implementation prior to its official mainnet launch," explained VeriBlock Co-Founder and CDO Tim Stall. "The community's testing and feedback will also benefit all future blockchains which adopt VeriBlock's technology."

Upon launch of the Bitcoin Squared mainnet, all incentivized testnet BTCSQ will be reflected; early adopters who PoP or PoW mine in the testnet will receive equivalent mainnet coins upon launch, following the same approach that the VeriBlock blockchain itself used during its original incentivized testnet period.

The VeriBlock Foundation is a Cayman Islands nonprofit committed to increasing awareness and adoption of the VeriBlock Blockchain and its Proof-of-Proof (PoP™) security protocol. VeriBlock inherits security from Bitcoin in a completely Decentralized, Trustless, Transparent, and Permissionless ("DTTP®") manner, following the same attributes that made Bitcoin great and allows any other blockchain to reinforce their existing security with the full Proof-of-Work power of Bitcoin in the same manner. To learn more, you can join the project's Discord or follow them on Twitter.