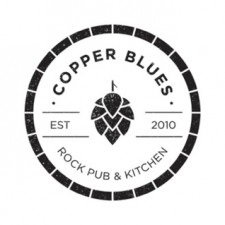 Oxnard, CA, September 7, 2016 (Newswire.com) - Copper Blues Rock Pub & Kitchen will be opening their newest location at The Collection at RiverPark in Oxnard this Friday, September 9th at 3pm with Grand Opening Ribbon Cutting Ceremony taking place at 5:30pm. Introducing the hottest dining and live entertainment concept to Ventura County, Copper Blues is a rock pub that serves great food, dispenses the top craft beers and creates colorful cocktails with the freshest ingredients all while entertaining guests with live performances from local & national touring talent. Imagine your favorite bar food looked at with a Chef’s mentality and created for you with thought and care. Familiar ingredients and cooking styles intertwined with exotic flavors and new school technique presented in a flavorful, creative way. Copper Blues defines their menu as elevated pub fare, but everyone else describes it as the best food they have ever tasted.

Copper Blues successfully combines 3 key elements that are the heart and soul of the company – Beer, Music and last but not least Food. With signature dishes including:

BEER BRAISED CHICKEN DRUMS - Almost every restaurant and pub has chicken wings on the menu so this is a unique play on wings with the Copper Blues mentality. (California amber beer) We brine our chicken drums for 24hrs and then braise for about 2 hours until they are extremely tender. We fry the drums until golden brown and crispy, just to add some more beer flavor we toss them in our peach beer BBQ sauce and serve them with our southwestern slaw. Drums with attitude!

CHICKEN NACHOS - One of the most over the top Copper Blues items are the massive chicken nachos. Layered with crispy tortillas chips, roasted pulled chicken, Copper Blues own awesome beer cheese, shredded jack cheese, spicy black beans, pico de gallo, pickled jalapeños and chipotle sour cream. if that wasn't enough, the nachos have 2 layers, so the end result will knock your socks off!!!

Chef Patrick Marinazzo developed his love for the culinary arts at the age of 13 when he started working in kitchens across New York and South Florida. Sharpening his tools in every capacity of the hospitality industry, he was awarded the opportunity to run his first kitchen at the age of 21. From that launching point he was instrumental in the growth of Blue Martini, having opened and maintained kitchens in Las Vegas, South Florida, Arizona and Seattle. Chef Pat is the Director of Kitchen Operations for Big Bach where he is responsible for curating the menus at 4 comedy clubs and 3 Copper Blues Rock Pub and Kitchens.​

At age fifteen, Chris McKinley worked as a dishwasher at a local Italian restaurant and fell in love with food. That love of food led him to San Diego working in positions as a line cook and sous chef before attending The Art Institute of California. After completing his education, Chris moved to Arizona, working for numerous chefs – including J&G Steakhouse and Noca – before he was offered a job at the five diamond, five star Addison Restaurant in San Diego. He later returned to Arizona as the sous chef at North Italia. Currently, Chef Chris is on the culinary opening team for Copper Blues.

Copper Blues is located at The Collection at RiverPark, next to the new Levity Live Comedy Club, where you can catch today’s hottest comedians along with an infusion of the Copper Blues menu.

With over 25 years experience in all facets of publicity, Events That Rock has represented clients such as Improv Comedy Clubs, Andrew Dice Clay, Comedian Christopher Titus, Sideshow Network, lolflix/LOL Comedy Festival and more.

The Improv, Levity Live & Stand Up Live Comedy Clubs Are Giving You a Reason to Laugh Every Month While Supporting Local Communities
ETR - Public Relations - Aug 3, 2016