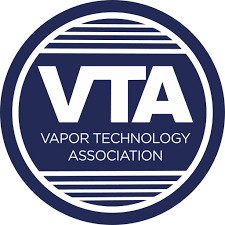 WASHINGTON, November 15, 2022 (Newswire.com) - On Nov. 8, 2022, voters in California passed a ballot initiative (Proposition 31) upholding a 2020 law banning the sale of most flavored tobacco products. On Nov. 9, 2022, R.J. Reynolds (RJR), filed a federal lawsuit challenging California's ban as being unlawfully preempted by the Family Smoking Prevention and Tobacco Control Act of 2009, (TCA). Yesterday, the Vapor Technology Association (VTA) filed an amicus brief with the Supreme Court of the United States in support of a Petition for Writ of Certiorari in another RJR case asserting similar arguments against the earlier L.A. County ordinance banning all flavored tobacco products. Supreme Court review is critical for two reasons.

First, the "substantial effect on the Nation's economy" created by the sale of tobacco products is of great significance. The passage of the TCA in 2009 led to the creation of a new, independent distribution chain of companies, including manufacturers, distributors, suppliers, and retailers, that has steadily grown outside of the traditional tobacco products industry, offering their customers non-combustible nicotine vapor products as alternatives to smoking cigarettes. According to a new economic impact report, the independent vapor industry comprises more than 10,000 companies across the United States and is responsible for generating more than 130,000 jobs and more than $22 billion in economic activity for the U.S. economy. This industry would be devastated by unrestricted flavor bans, given its unique and substantial reliance on the sale of flavored vapor products to adult consumers. Importantly, the potential shutdown of close to 10,000 businesses, causing the loss of 99,158 full-time equivalent (FTE) jobs, the loss of $5,258,906,715 in wages and benefits, and the loss of $16,449,776,269 to the U.S. economy makes the issue before the Court incredibly important. In the state of California, where the majority of e-liquid manufacturers of the independent vapor products industry are based, losses would total approximately 6,925 FTE jobs, paying $445,565,776 in wages and benefits, and the economic output of the California economy would be diminished by $1,497,332,882 if flavored vapor products could not be sold.

Second, since the passage of the L.A. County Ordinance - leading tobacco-control scientists have challenged the notion of banning flavored e-cigarette flavors and have warned that decreasing availability of flavored vaping products harms the ability of adult smokers to quit smoking cigarettes. Instead of blanket bans, these tobacco-control scientists endorse alternative time, place and manner restrictions for the sale of flavored vaping products.

Permitting local and state governments to implement unscientific bans that directly interfere with the fundamental purpose of the TCA and would overrule the FDA's decision-making for products deemed appropriate for the protection of public health, is not only unlawful, but is dangerous from a public health perspective, in VTA's view.

ABOUT VTA
The Vapor Technology Association is the U.S. industry trade association whose members are dedicated to sound science-based regulation and selling innovative high-quality vapor products that provide adult smokers with a better alternative to combustible cigarettes. VTA represents the industry-leading manufacturers of vapor devices, e-liquids, and flavorings, as well as the distributors and retailers, including hardworking American mom-and-pop brick-and-mortar retail store owners.