RIVERTON, Utah, March 8, 2022 (Newswire.com) - Jake Hunsaker, candidate for U.S. Congress in the 4th District, received the endorsement from Country First, a non-partisan organization focused on eliminating political tribalism that fractures communities and gridlocks the government. The Jake Hunsaker Campaign is thrilled and honored to support healing the political divide.

"Supporting principled candidates like Jake is how we'll turn things around and take out the toxic partisans who are dividing this country," said Adam Kinzinger, Congressman from Illinois 16th Congressional District, and founder of Country First. "Jake is someone to keep an eye on. He's dedicated to truth versus outrage, and principles over partisanship - things that are lacking in politics today, yet sorely needed."

Country First endorses candidates in both parties who are committed to repairing democracy and mending divisions through proven solutions and finding common ground. The group is committed to core American values, and putting the greater good of our nation above the divisive, partisan politics of today. This is their first endorsement for the 2022 election.

"I'm humbled and emboldened to have the support of Country First and others working to rescue our nation from partisan extremes," said Jake Hunsaker. "We keep sending gridlock partisans to Washington and then we wonder why things keep getting worse."

Jake Hunsaker's principled and unifying approach to his campaign landed the 4th District congressional candidate the esteemed endorsement. Candidates who meet the Country First endorsement requirements must demonstrate the courage to put country before party and a willingness to boldly lead us toward better, healthier politics. Additionally, they must exhibit that they have a viable path to victory and are running a robust, impactful campaign.

"Extreme politicians are costing all of us the American Dream while they fracture our communities and pad their own pockets," emphasized Hunsaker. "Nothing is of greater importance to me than uniting us in common-ground solutions that make life better for Utahns. CD4 voters deserve better. It starts with electing committed, principled leaders," continued Hunsaker.

Jake Hunsaker is the GOP primary challenger against Burgess Owens in Utah's 4th District. Hunsaker launched his campaign in August 2021 at the Utah State Capitol Building, and since then has grown a grassroots campaign for principled, productive, and unifying leadership in CD4. Hunsaker's campaign had raised over $100,000 as of December 31, 2021, and has gathered thousands of signatures toward a spot on the primary ballot.

About Jake Hunsaker for Congress

It's time to re-center our politics on the things that matter most to all of us. It's time for better leadership, less divisiveness, fewer soundbites, and more solutions. 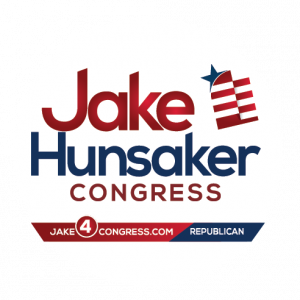