Use of Heat Found to Control Powdery Mildew

Research efforts and grower experiments reduce chemical use in Vineyards. 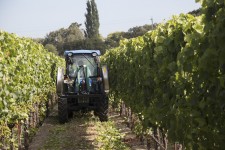 NAPA, Calif., December 4, 2017 (Newswire.com) - “I’m pleased to say that I cut out four runs of traditional fungicides and had excellent control over powdery mildew in 2017, my first year using Thermaculture protocols,” says Dennis Murphy whose family has been growing wine grapes in Alexander Valley, near Geyserville, since 1967. In an area of California that prides itself on sustainable agricultural practices, reducing chemicals is truly a welcome opportunity.

2017 was a landmark year for research into heat treatments (Thermaculture®), with multiple scientific and experiential substantiations that heat will control powdery mildew on selected crops.

According to Marty Fischer, CEO and Founder of Agrothermal Systems®, the pioneer of Thermaculture technology since 2011, “We now know that we have a sustainable, chemical-free alternative, offering what the world has been demanding. Heat applications on crops can provide improved yields, improve wine sensory characteristics and natural pest control at fractions of the cost of conventional pest control methods.”

In 2016, heat applications on Foley Family Wine vineyards reduced fungicide by over 50 percent on three grape varietals. This experimentation continued in New Zealand where Fruition Science reported the same control was achieved with a normal fungicide program versus a Thermaculture protocol (both applied at 6-day intervals) on Merlot grapes. The control of Powdery Mildew was the same and in an incredibly difficult climate.

Grower Tom Franscioni (Chualar, California) began experimenting with his Agrothermal machine in 2016. Franscioni used heat treatments on a single test block in a vineyard with high PM incidence and experienced excellent control treating every four days. He repeated this again in 2017 on a different block with the same results.

“I’ve satisfied myself that powdery mildew can be controlled well into the growing season, cutting back on much of our annual fungicide use. For 2018, I will test other benefits such as yield, wine quality and vineyard health,” concluded Franscioni.

After these encouragements, Agrothermal decided to put the Powdery Mildew control issue under the microscope of the world’s best-known mildew expert, Dr. Doug Gubler. Gubler developed a protocol that alternated heat treatments with differing fungicides. The protocol was tested at Foley Family Wines in both their Sonoma and Napa Valley vineyards.

Gubler concluded, “Our 2017 replicated trials on Chardonnay, Pinot Noir and Cabernet Sauvignon using heat alternated with fungicide produced the same clean results as a traditional fungicide-only protocol, but reduced fungicide use by 50 percent. This is the first of two years of trials using a specific protocol, but it is clear the potential for heat treatments in combination with fungicides to control Powdery Mildew is very promising and one that growers might seriously consider.”

Agrothermal Systems is now officially recommending to its growers that they begin applying this technology as a way to reduce chemical applications. According to Fischer, “We will not rush into this, nor will our growers. We will continue to learn and experiment, but it is very clear we can be quite efficacious and cost-effective for Powdery Mildew control issues.”

Agrothermal Systems, based in Napa, California, is a DBA of Lazo TPC Global, Inc. a California Corporation. Agrothermal Systems has pioneered the use of Thermaculture treatment services as a sustainable, low-cost technology to increase yields, reduce pesticide needs and improve crop qualities. The company holds patents on Thermal Pest Control and has patents pending on other aspects of the technology. 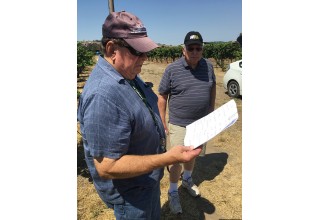 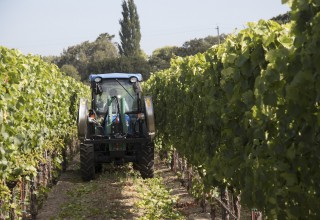