USA Firefighting Air Corps (http://www.USAFAC.com) plans a climate finance initiative to fund a global forest protection program that would reduce CO2 emissions by 9 to 27 gigatons over a 30-year period. 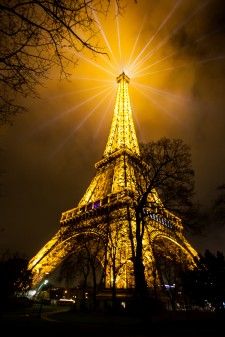 USAFAC also announced that it has developed a new carbon reduction methodology that would reduce CO2 emissions from wildfires and megafires around the world by 9 to 27 gigatons over a 30-year period. The methodology combines the use of advanced predictive systems and a new international fleet of multi-purpose amphibious firefighting jets, specifically designed for climate change mitigation and adaptation. Rapid response wildfire suppression services would be offered at no charge to host nations. Carbon credits earned would be sold to cover all operational costs. Additional proceeds would be paid to host countries to promote forest management and sustainable development goals.

USAFAC co-founders Christopher Olson, Gerald FitzGerald, and John Simmons helped draft and advance legislation and plans that led to the establishment of the Colorado Firefighting Air Corps and the Center of Excellence for Advanced Technology Aerial Firefighting within the Colorado Department of Public Safety.

In addition, USAFAC will be online through May 2016, taking part in a global forum hosted by the United Nations Sustainable Development Knowledge Platform, and will be discussing science, technology, and innovation for sustainable development goals.