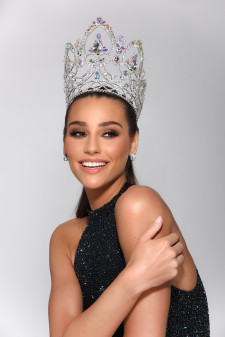 WASHINGTON, December 2, 2020 (Newswire.com) - On November 29, Lindsey Coffey of Pennsylvania became the first American representative to be crowned as Miss Earth during the 20th anniversary coronation.

Based in the Philippines, Miss Earth® is the only major international pageant to hold an event during the year 2020, opting to host a two-month-long series of virtual online events. “We decided not to skip this year so we can continue with our mission to raise awareness on the state of the environment,” Lorraine Schuck, Carousel Productions executive vice-president and Miss Earth co-founder said in a statement earlier this year.

Advocating Beauty for a Cause™, Miss Earth empowers women through community leadership, eco-tourism, and environmental education. It is recognized as the globe’s most relevant pageant and in the United States has been named best national pageant by several American media networks.

Coffey, age 28, was a successful college track athlete and completed a pre-law curriculum at Washington and Jefferson College in Pennsylvania. She earned a Bachelor’s degree in political science before entering a successful modeling career in New York and other major cities around the world. She plans to continue her goal to pursue law school following her year as Miss Earth.

Following the announcement Coffey said, "I joined the Miss Earth sisterhood to become a voice, to inspire, and to make a difference in our world. Now is that opportunity, as now is the time for action. Now is the time to be more than in your country. We are not just citizens of our nation. We are citizens of the world, and once we start to view one another as such, we will always find success. As your Miss Earth, that is the legacy I will leave behind me."

Miss Earth is unique in that it also crowns three elemental international titleholders to carry out the mission of the organization in their regions. Miss Air is Stephanhy Zreik of Venezuela, Miss Water is Roxanne Allison Baeyens of the Philippines and Miss Fire is Michala Rubinstein of Denmark. The remaining finalists were Myanmar’s Amara Shune Lei, Netherlands’ Tessa le Conge, Puerto Rico’s Krystal Badillo, and Poland’s Sabina Połtawska. 84 national representatives participated in activities.

This week, Coffey will conduct several international media interviews and will appear on December 5 at a congratulatory reception. Plans are underway for an official crowning by 2019 Miss Earth Nellys Pimentel of Puerto Rico. The next USA representative will be crowned on January 17 in Orlando.

Miss Earth is celebrated as today's most relevant international pageant, providing a platform for women to be a voice for environmental responsibility. 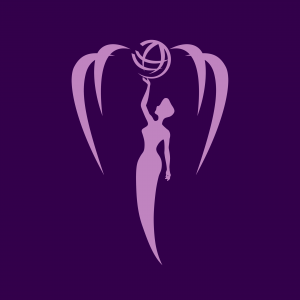