WEST PALM BEACH, Fla., December 7, 2021 (Newswire.com) - U.S. Polo Assn., the official brand of the United States Polo Association (USPA) has announced that the global, multi-billion-dollar, sport-inspired brand will present the Sports Illustrated Athlete of the Year Award at the star-studded, 2021 Sports Illustrated Awards. The event, presented by Pepsi's Stronger Together Initiative, will take place live and in person at the new Seminole Hard Rock Hotel & Casino Theatre in Hollywood, Florida on December 7, 2021. For the first time in the event's history, the Sports Illustrated Awards will bring thousands of people together in person to celebrate these athletic achievements, and will also be broadcast across Sports Illustrated channels and platforms.

Hosted by DJ Khaled and Cari Champion, with special performances by 2Chainz and DJ Irie, the event will feature the world's best athletes alongside exciting musical performances, which will be watched in person by more than 7,000 attendees and broadcast live to more than five million viewers through its live streamed global broadcast @SportsIllustrated.

This year, the Athlete of the Year Awards will be presented by U.S. Polo Assn. to recognize and award the best female and male athletes of 2021 who have proven they are the MVPs of their sport and embody the highest level of athleticism, skill, and character by putting in unprecedented work, both on and off the field. As the presenter of this meaningful award, U.S. Polo Assn. demonstrates its commitment to showcasing athletes across the world of sports.

"As a global, sport-inspired brand that contributes to the development and empowerment of polo players and other athletes around the world, U.S. Polo Assn is proud to honor those special athletes who have excelled in their respective sports and inspire others," said J. Michael Prince, President and CEO of USPA Global Licensing, the worldwide licensor of the multi-billion-dollar U.S. Polo Assn. brand. "It's an honor for U.S. Polo Assn. to be a presenting sponsor of the Athlete of the Year Award at this star-studded event for the first time, honoring excellence in sport."

For more information on tickets, please visit SportsIllustratedAwards.com. Tune into the free global broadcast on Tuesday, December 7 starting at 8:00 PM ET streaming on Sports Illustrated social channels. The broadcast will also be simulcast by LiveXLive across 20+ other platforms including SportsIllustratedAwards.com, LiveXLive, YouTube, Twitch, TikTok, Twitter, and more. The SI Awards are produced by ABG Entertainment and Medium Rare.

U.S. Polo Assn. is the official brand of the United States Polo Association (USPA), the nonprofit governing body for the sport of polo in the United States and one of the oldest sports governing bodies, having been founded in 1890. With a multi-billion-dollar global footprint and worldwide distribution through some 1,200 U.S. Polo Assn. retail stores, department stores, sporting goods channels, independent retailers and e-commerce, U.S. Polo Assn. offers apparel for men, women and children, as well as accessories and footwear in more than 194 countries worldwide. Ranked the fifth largest sports licensor in License Global magazine's 2020 list of "Top 150 Global Licensors," U.S. Polo Assn. is named alongside such iconic sports brands as the National Football League, the National Basketball Association and Major League Baseball. Visit uspoloassnglobal.com or @uspoloassn. For more polo content visit Globalpolo.com.

Sports Illustrated (SI) is an unparalleled and influential leader recognized for shaping modern culture and uniting athletes, teams and fans worldwide. At the intersection of sports, lifestyle and entertainment, Sports Illustrated is a 360-degree enterprise that delivers immersive content, innovative digital experiences, unforgettable events, and original products. Its award-winning media outlet brings powerful storytelling to life through probing profiles, up-to-date news and game-day stats on SI.com, social media and the monthly print magazine. The most trusted name in sports transcends media through SI Tix, a fan ticketing platform for sports and entertainment events and SI Sportsbook, the most trusted platform in sports betting, which recently launched in Colorado with more states to follow. Sports Illustrated Studios translates the biggest and most compelling stories, characters and moments in sports into long-form film, television and audio content. The franchise brings its unique and authentic perspective to marquee events and captivating brand activations including The Sports Illustrated Awards, The Party, and Club SI. For more information, visit SI.com. Follow Sports Illustrated on Twitter, Instagram, and Facebook. 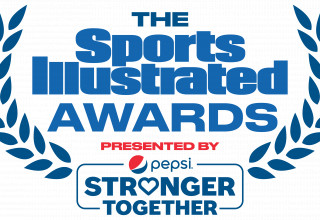 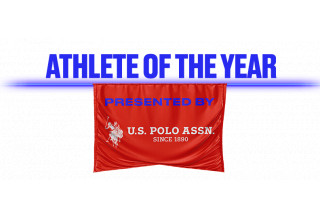