University of North Alabama Accepts Atlantic Sun Invitation; Transition to Division I Begins in Fall of 2018 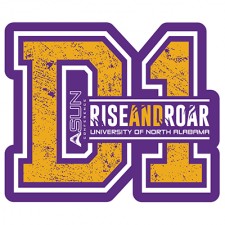 Florence, AL, December 6, 2016 (Newswire.com) - The University of North Alabama Board of Trustees voted Tuesday to accept an invitation from the Atlantic Sun Conference and begin the transition of UNA to an NCAA Division I institution.

UNA will begin its four-year transitional period into Division I in the Fall of 2018.

North Alabama President Dr. Ken Kitts emphasized that the move is about the entire University and not just the athletic program.

"This is an exciting time for Lion athletics, the University as a whole, and the communities we serve," said Kitts. "The move to Division I will help sustain enrollment, expand our fan base and bring much-needed visibility for this wonderful institution.  We’re determined to spread the word about the amazing things we have going on at UNA, so if prospective students learn about us from a sports ticker, great!  I’ve said many times that it’s “Our Time to Roar” at the University of North Alabama.  Our move into the ASUN and the ranks of Division 1 athletics is a powerful way to underscore that message."

"I think this move will be transformational for our university," Linder said. "We really appreciate Ted Gumbart (Atlantic Sun Conference Commissioner) and Kyle Kallander (Big South Conference Commissioner) working together to make this vision a reality for the University of North Alabama. We understand that both leagues are very strong academically and athletically and we want to be an active, engaged and sustained member. We look forward to building relationships with schools in the Atlantic Sun and the Big South."

“Today we cheer for University of North Alabama and for the ASUN Conference,” added Gumbart. “We have shared the recent steps in this journey with UNA and its leadership, and we are extremely pleased to be making this announcement official. On behalf of our Presidents’ Council and eight current member institutions, we welcome the Lions to the ASUN family. Congratulations on a step well-earned for the entire UNA community, and we look forward to being teammates in the support of your student-athletes, coaches and administrators for continued growth and success as members of the ASUN.”

The Big South has made three consecutive quarterfinal appearances in the FCS Playoffs, and recorded multiple postseason bids three times since the league first received an automatic bid in 2010. A Big South member has been ranked in the FCS top-25 for 75 consecutive weeks.